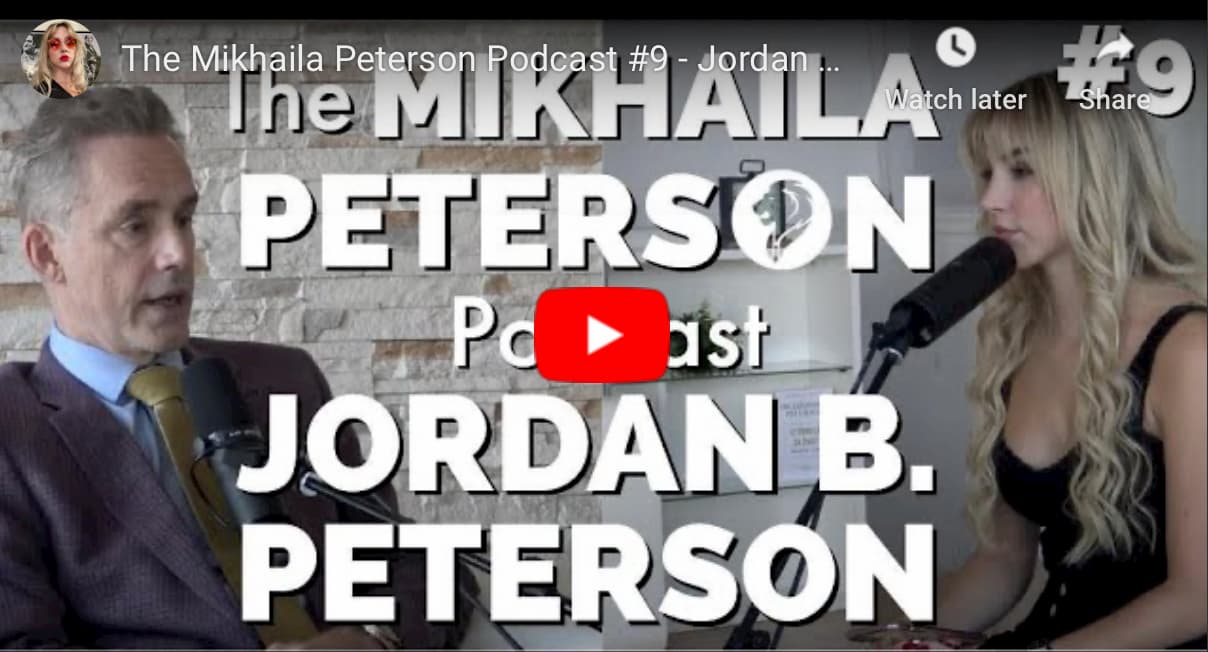 [SCROLL DOWN FOR FULL FULL VIDEO]

If you were in any doubt about the dangers of pharmaceutical drugs, the ubiquitous incompetence of the medical profession or the greatness of Professor Jordan Peterson, this story will open your eyes and heart.

The video below is Peterson’s first appearance since he abruptly disappeared from public life nearly a year ago. In it, he and his daughter Mikhaila recount the awful series of medical disasters that befell the family and how they were forced to turn to Russian and later Serbian clinics to save his life as he struggled to escape the nightmare of prescribed sedatives.

Both Jordan and his daughter Mikhaila have suffered before from medical incompetence. Both were victims of a naive trust in doctors. From the age of 2 years Mikhaila was treated for arthritis, in which all her joints self destructed, to a greater or lesser degree, apart from her spine (the metaphor is not lost on me either!). She was treated with a multitude of powerful and ultimately fruitless drugs and suffered their horrendous side effects for years. She was the first child in Canada to be put on the euphemistically named ‘biologics’ class of immune modulating drugs.

Eventually, in her early 20s, Mikhaila worked out that all of her massive health failures were due to food reactions, so set about working out for herself what foods she was reacting to. Incredibly she now only eats one food (plus salt, and water) and that food is beef. So every single one of her highly qualified, caring and well-paid doctors were WRONG. Her dad trusted the doctors with his baby’s care, which he must regret horribly now, because none of them were deserving of that trust. The fact that she survived and now looks so fantastic is in spite of, not because of, her doctors.

And then last year, Jordan – who still hadn’t quite realised just how dangerous doctors and drugs really are – sought treatment for his anxiety, and ended up in a hell-hole of medical incompetence out of which he has only now emerged – frail and bewildered.

As you will see, Peterson’s capacity for bringing genuinely meaningful insights into the world is still there, but you can see how close we came to losing this brilliant mind. His humility is ever-present, as is the considerable effort he famously makes to communicate what he has distilled from his experience.

In my clinic I regularly help people who have been through horror stories like the Peterson’s. In many cases diet and herbal medicine can put right what years of visits to the doctor failed to fix (see what my patients have to say here) I’ve even successfully helped patients get off benzodiazepines. My frustration is that this highly effective, low-risk approach is not more widely known and adopted, It is a travesty that patients have to take matters into their own hands and seek help outside mainstream healthcare.

To that end, my blog is free to all. It contains deeply researched articles, recipes, comments and excerpts from the more enlightened doctors, such as Dr Jason Fung who is vocal about the corruption in medicine (see his video here and Mikhaila Peterson’s interview with him here)

As you can see in the graph below, the third commonest cause of death in the USA is ‘medical error’, which includes prescribed drugs. Heart disease and cancer are in the first and second place, but knowing, as we do, that the vast majority of heart disease and cancer patients are also under medical care, who can say that pharmaceutical drugs are not the number one cause of death.