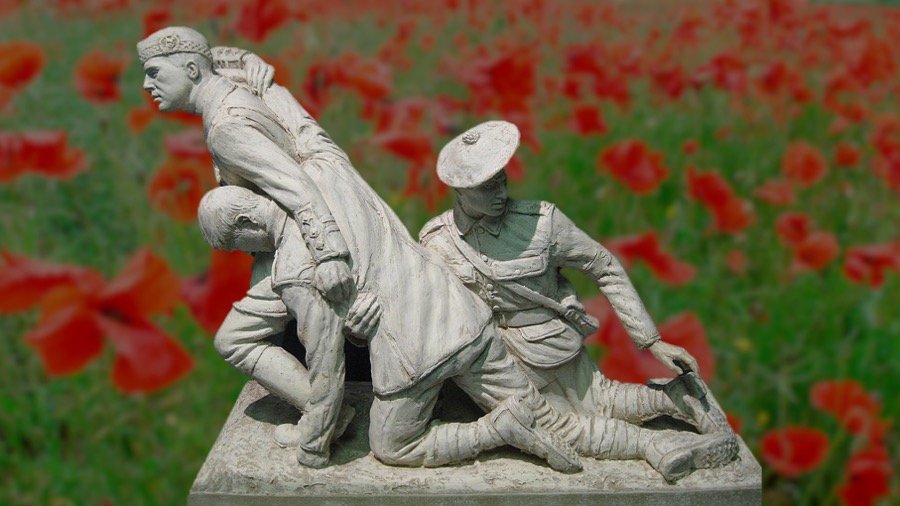 Every year, the West Sussex History of Medicine Society lectures take place over the Remembrance Day weekend, and I always find myself deeply moved, horrified, humbled and disturbed at the lack of cogent explanation for why this war unfolded as it did, and actually, why it took place at all. This year’s lecture only deepened those questions for me.

Instead of focusing on the medical challenges, achievements and failures of the medics during WW1, this year Mr John Reynard presented us with details of some specific individuals from the officer class, for in the first years of the Great War it was those from educated backgrounds — the brightest and best of their generation — who suffered the heaviest casualties.

Myths about WW1: The upper class got off lightly
Some 12% of the British army’s ordinary soldiers were killed during the Great war, compared with 17% of its officers. Eton alone lost more than 1,000 former pupils – 20% of those who served. UK wartime Prime Minister Herbert Asquith lost a son, while future Prime Minister Andrew Bonar Law lost two. Anthony Eden lost two brothers, another brother of his was terribly wounded, and an uncle was captured. [BBC News Magazine]

John Reynard began his lecture by mentioning the re-burial a few years ago of Private William McAleer with full military honours, 99 years after he fell, aged just 22, amidst the horror of gas and bullets in the autumn of 1915. He served in the 7th Battalion of the Royal Scotts Fusiliers. The solemn event followed the discovery of a mass grave in 2010 and his identity was possible only because he alone wore a home-made ‘dog tag’. All twenty received a proper burial, with due respect and reverence, lead by a lone piper. Others in the tragic group were a Northumberland Fusilier, six others from the Royal Scotts Fusiliers, one from the York and Lancaster Regiment and two from the Queen’s Own Cameron Highlanders. For nine others no regiment was identified. They now lie in the peace and tranquility of the Loos-en-Gohelle cemetery, under the care of the Commonwealth War Graves Commission. Our hearts go out to them for their sacrifice.

Hailing from New Zealand our speaker was very sensitive to the appalling losses suffered by our antipodean cousins who, being considered the ‘crack troops’ available on the first day at The Somme, died in their droves. Some 20,000 New Zealand men fell that day, with a further 40,000 wounded. The Australian numbers were terrible too.

Dr Reynard then focused upon some of the individuals who, prior to the war, were the rising luminaries of our society. Whether from the sciences or the arts, the loss to the nation, and the world, cannot be measured. Mentioned today were the wonderful composer and folk song collector, George Butterworth, friend of Ralph Vaughan Williams, who died at the Somme on 4th August 1916; Also, Henry Moseley, who elaborated the physics of the Atomic Number of all of the elements, who lost his life at Gallipoli, age 26, by a bullet to the head. What does it do to a country to lose so many of its most gifted young men?

We heard of the awarding of two Victoria Crosses for conspicuous bravery to Noel Chavasse, son of the Bishop of Liverpool, who, having completed his medical degree, joined the Royal Army Medical Corps. and thence to the Western Front as a doctor attached to the Liverpool Scottish Battalion. He continued to tend to the wounded whilst under heavy enemy fire, even after he himself was injured. He saved 20 men who were badly wounded, retrieving the identity discs of many of those who could not be saved, receiving his first VC for this outstanding dedication to his fellow men, on August 9th 1916 Guillemont, France.

However, at Wieltje, Belgium, he again rescued many injured men, though he himself was significantly injured by shell fragments, over two days of fighting between July 31st and August 2nd 1917. Again the weather was appalling and he had no food and would not rest but continued to save the men! He eventually died of his injuries at the age of 32. Just eight years earlier he and his twin brother had represented England in the 400 metres sprint at the Olympic Games held in London.

Only two other men have been awarded two Victoria Crosses, the highest and most prestigious honour to British armed forces, and both of these heroes were mentioned today: they are Arthur Martin-Leake, receiving his VCs in the Boer War and WW1, and Charles Upton, a New Zealander who received his VCs in WW2. Both men lived on after their outstanding war service, unlike Noel Chavasse. As an amazing coincidence it was Arthur Martin-Leake who drove the very ambulance in which the the unconscious and dying Chavasse lay.

All corners of Britain were impacted by the first world war, and the effects of it are with us still. We cannot imagine how things would have been different if those excellent men had survived and passed on their genes and genius to subsequent generations. But we do know that the Officer class suffered the greatest casualties, and that these were drawn from the most gifted and educated of their generation. The loss is too great for words. We must continue to tell the truth that for our tomorrow they gave their today.

2 thoughts on “Great Losses of the Great War”

The bitter truth is sweeter than we thought