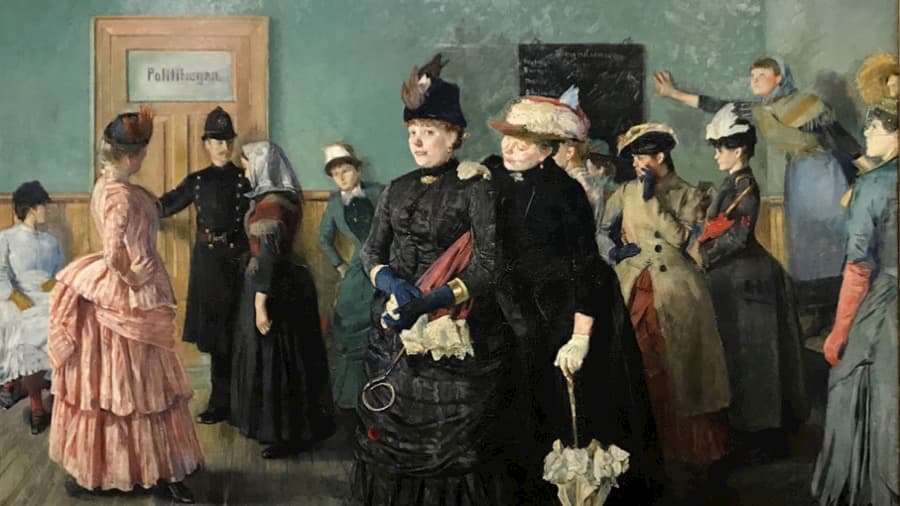 The following are my write-up and comments on two lectures which were given on Oct 12th 2019 at West Sussex History of Medicine Society, St Richards Hospital, Chichester

Apart from the fact that I was entirely ignorant about the subject matter, and always enjoy the process of discovering my ignorance, I found Mr Kyle’s presentation to be a marvellous demonstration both of the ‘law of unintended consequences’; and that ‘the road to hell is paved with good intentions’. Tell me if you agree in the comments section below.

In 1864 around 30% of the army (i.e. 42,000 men) were out of action due to sexually transmitted infections. This was, clearly, a concerning state of affairs, for all sorts of reasons. However, the legislature responded with an extraordinary piece of legislation: the Contagious Diseases Acts.

This Act of Parliament required that in certain garrison and naval towns local prostitutes should be invited to register with the police as prostitutes, and should then volunteer themselves to be regularly checked for signs of sexually transmitted diseases. The examination involved the use of a metal vaginal speculum.

If they did not register they would be arrested and then asked to undergo the ‘voluntary’ vaginal examination. Should they still refuse they would be imprisoned for 1-2 months with hard labour! On the other hand, if the voluntary examinations revealed venereal disease the women were given a full 6 months sentence in a ‘lock up hospital’, i.e. imprisoned.

In 1866 and 1869 further Acts were used which extended the police powers to a greater radius around the garrisons, thereby including more towns and villages, such that increasing numbers of women now fell under the scope of the new police powers. Eventually, after significant objection by civil groups, and especially the Ladies National Association, lead by Josephine Butler, the Acts were eventually repealed in 1886.

The objections were all well founded, and really, those passing the Bills that lead to the Acts of Parliament should have been able to foresee the problems they were about to create; as more and more women fell under these draconian procedures the public became increasingly alarmed. Whereas In 1864 when the first Act came into force, 30 women underwent these intimate and hands-on examinations, just 9 years later that had risen to a phenomenal 42,211 women!

Not only were these numbers alarming, but it wasn’t always clear who was being included in these heavy-handed police tactics. Perfectly innocent women, i.e. those who were not prostitutes were, it transpired, being required to register ‘as prostitutes’. Imagine how offensive that was! And if they refused to do so, they were arrested and forcibly examined in a manner that we would all no doubt now consider as ‘sexual assault’. No doubt thousands of innocent women surrendered voluntarily and registered as ‘prostitutes’ rather than endure the forced ‘steel rape’ as it was not unreasonably referred to by a horrified press.

Another factor which added to the controversy was the perception that the Acts were creating a series of state-run brothels. For the British, this was far too close to the continental approach to prostitution and was viewed as morally repugnant. With mounting opposition the law was finally overturned.

In the Q & A session following this extraordinary lecture, I asked the speaker about the probability that the specula used on these unfortunate women might well have spread the very infectious diseases these laws were designed to eradicate. Mr Kyle agreed that it was probable, and went on to explain that William Acton, one of the gynaecologist performing these examinations, was able to examine up to 158 women in 45 minutes! I seems unlikely that any form of sterilisation of instruments took place between these between ‘steel rapes’. He added that a quick examination with such means could not possibly prove the presence or absence of either gonorrhoea or syphilis, as these would require proper samples to be obtained and laboratory analysis to take place, neither of which were quite available at that time. So this whole procedure was entirely unable to achieve any of its intended effects, by its very design.

It is staggering to reflect on how this ostensibly well-intentioned act could have been got so wrong! To permit such a large number of women to be sexually assaulted at the hands of the state and in the process spread dreadful diseases, was clearly abysmal and an utter failure on part of law makers.

Finally, it is interesting to consider why it was women, rather than the men who paid for prostitutes, that these Acts of Parliament targeted. The answer is that, apparently, the soldiers and sailors didn’t much like their genitalia being examined, and the doctors didn’t want to examine male genitalia! This is beyond ridiculous. In the male, the signs and symptoms of venereal diseases are far more reliable than in the female, so… how crazy is that!? Thank Goodness that the good people of England pushed back against these laws such that they only had their power for 22 years. 22 years too many, I think you will agree!

The History of Spermatorrhoea — the little known ‘Male Hysteria’

The second lecture of the day was by the WSHOMS’s ‘Leader Elect’, the Consultant Urologist Dominic Hodgson MBChB, DHMSA, MA, MSc, FRCS(Urol).

Unfortunately, the history of the medical treatment of the ‘Male Hysteria’ reveals an almost religious zeal of the proponents who inflict their disturbing ideas on the public at large. To me it is a lesson in why doctors and do-gooders are generally best avoided. I guess it could, like the previous lecture, be considered another case of the road to hell being paved with good intentions.

Spermatorrhea or “seminal weakness” is described as a condition of excessive, involuntary ejaculation. It is recognised in traditional Chinese and Indian medicine, as well as in 18th and 19th century Western medicine, where it was believed to have “corrupting and devastating effects on the mind and body”, particularly if it took place outside of marriage. [Reference]

A renowned authority on spermatorrhoea in the 19th century was one Claude Francois Lallemand (1790 – 1854). He advocated, among other ideas, that the foreskin was the chief cause of the condition, with circumcision as one of the less bizarre attempts at a ‘cure’.

Other treatments were more esoteric and barbaric. Since a picture paints a thousand words, all you need for me to convey the whole subject of this lecture is this one picture:

We like to think that the practice of medicine has always been in the hands of the best minds amongst us, but, I have to say, some of the diagnoses presented in this lecture did not support such a theory.

Reflecting on the widespread acceptance of such bizarre and unhelpful beliefs among doctors of the past, it becomes clear that it is probably only with the benefit of hindsight that we can appreciate the folly of the past. Which leads to the uncomfortable question of the degree to which medical practices today are based on conviction rather than evidence. What mistakes are doctors of the present making?

Well, here are two perfectly logical procedures that were used extensively until very recently when tit was realised that they did more harm than good. 1) Stents, it has been discovered, do not reduce cardiac events or extend life — much to the chagrin of current cardiology dogma and practice (see this article) and, 2) Cooling the head following brain injuries, does more harm than good (see this article). Until very recently, cooling head injuries was believed to reduce brain swelling — totally logical, widely practised, but, as it turns out, completely wrong.

Of course we all know what to blame for our tendency to shortsightedness in regards many medical matters, as eyesight is famously made worse by onanism…!

Many thanks to both our speakers.