Many people are put off eating sea foods, because of fears about heavy metals, especially mercury. However, if you know which species are safest and which contain the most nutrients you can make better choices and safely enjoy the benefits of eating a wide variety of health-giving sea foods.

Note: this article is written primarily for the UK/Norther Europe fish consumer and focuses on the typical species found in supermarkets and restaurant menus in that region.

Two of the major contaminants in sea foods are mercury and dioxins. Although heavy metals such as lead, cadmium and tin may be also be present, we are not going to worry about those here as they are generally found well below levels that might be a cause for concern.

As you can see from the study below mercury exposure among Spanish fish consumers comes far closer to the upper tolerable limit than any other heavy metal, so let’s start with mercury…

Mercury in the sea originates from natural and industrial sources. This toxin accumulates in the fatty tissue of the fish, becoming concentrated as it is passed up the food chain.

So, a good rule of thumb to minimise mercury exposure is to choose fish from lower down the food chain. In practice this means avoiding the long-lived top carnivores such as pike, shark, marlin, swordfish, the larger species of tuna and whale. Note that the US Environmental Protection Agency recommends even the mid-tier fish such as trout and some tuna species can still be eaten ‘a few times per week’ without harm.

The mercury content of different species varies hugely, with the safest species having 100 times lower concentrations than the worst offenders.

To minimise mercury exposure choose fish from lower down the list (green), although occasional consumption from the medium (amber) group will not hurt every now and then.

Fish represent one of the primary sources of dioxins in the diet. To minimise dioxin exposure choose fish from lower down this list (green)

Helpfully, the fish in bold are the ones that are both low in mercury and dioxins. So they are going to be particularly good choices for minimising exposure.

Now we know which fish are safest, lets find which ones are most nutritious…

Sea foods are the best source of nutrients for building and maintaining healthy brains, indicating that they may have played a critical role in the evolution of our big-brained species. The nutrients glowing gold in the graphic above are found in higher levels in fish than in almost any other food.

During pregnancy the developing child’s brain is highly dependent on the availability of these nutrients. It is not surprising then, that pregnant women are encouraged by the World Health Organisation to eat at least two portions of fish per week, especially oily fish.

So which sea foods contain the highest levels of these nutrients?

Tip 5: Choose fish that provide the most nutrients

All sea foods are good sources of top quality protein, and some provide more vitamins B12, D and choline than any other food source.

Selenium helps your body bind and remove mercury therefore reducing the neurological damage it might otherwise cause. This may explain why women who consume the most fish during pregnancy — and therefore have the highest levels of mercury exposure — go on to have children with the highest IQ.

It appears that the benefits of selenium and other nutrients in fish easily outweighs the potential harms, except in the case of the very top of the food chain where the mercury load is the highest, e.g. shark and whale.

Many people in the UK are iodine deficient with measurable consequences for child IQ. As the UK does not routinely iodised salt or milk, a major source of this brain-required nutrient comes from seafood.

An important fact to bear in mind is that iodine is found in the mainly in white fish, whereas omega 3 fatty acids (DHA, EPA) are found mainly in oily fish; so to maximise the full range of nutrients you need it is advisable to eat both white and oily fish.

Tip 6: The best of the best

Taking into account all of the factors we have looked the fish above are the best choices for maximise nutrients whilst minimising contaminants.

Please note: the levels of contaminants in each species of fish varies depending on feeding ground and exact species, so the above should be taken only as a general guide.

Check out our Seafood Recipes & Reviews: 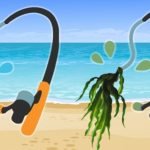 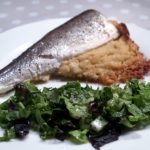 September 20, 2015 No Comments on Grain-free ‘breaded’ cod with parsley sauce 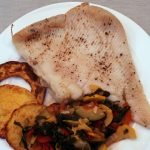 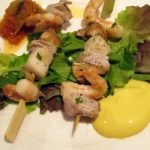 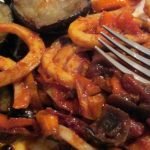 October 8, 2014 No Comments on Five Spice Squid with Roast Aubergine 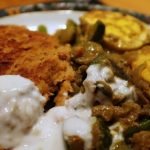 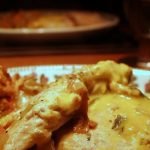 Watch our video on this topic: