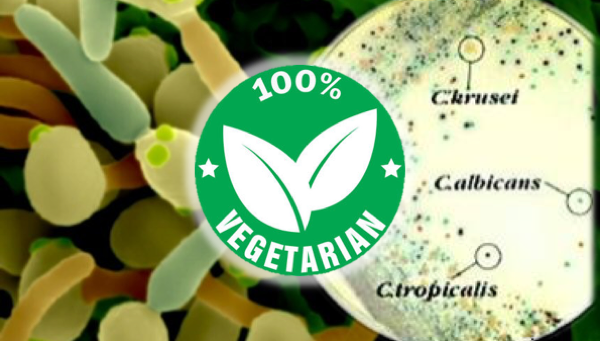 Candida albicans is the yeast that causes thrush when it gets out of control and can even become life threatening in immunocompromised patients. Despite this, Candida albicans is a commensal, meaning it is part of the natural flora found in and on humans – so many people have it, for example, in their oral cavities where for the most part it doesn’t cause any trouble. In recent years, however, new pathogenic species of Candida have been on the rise. These species are particularly resistant to anti-fungal treatment and cause more life threatening conditions so are an increasing cause for concern.

A recent study carried out by Indian researchers took mouth swabs from 238 participants to identify oral candida species and cross referenced this with the participants’ habitual diets.

Having these species in the oral cavity does not mean they will automatically lead to disease, because these organisms are opportunistic: they only become pathogenic when they get into the bloodstream of an immunocompromised patient, or are inadvertantly introduced during surgery. This could happen during a routine operation, dental surgery or following a serious infection and treatment, or conditions leading to immunocompromise such as leukaemia. Chronic mucocutaneous candidiasis is relatively common, however, and refers to a range of recurrent or persistent conditions where Candida species infect the gums, nails or skin (think fungal toe nails). Occasionally such infections become systemic but in the past 20 years these more deadly species have become significant.

The findings of this study suggest that we would expect vegetarians to be more at risk of these infections, but also, more likely to be vectors, spreading such infections.

If you have to have surgery just hope your surgeon is not vegetarian!

Presumably the most significant actions one could take to avoid these scenarios would be the following: 1) Do not be vegetarian  2) Avoid vegetarians 3) Ensure your diet is generally low in carbohydrates (which are the main dietary fuel for all yeasts) and 4), Eat plenty of coconut oil, which has some anti yeast properties, including using this oil as a mouth wash (which is termed ‘oil pulling’).

5 thoughts on “How vegetarians bad-mouth themselves!”