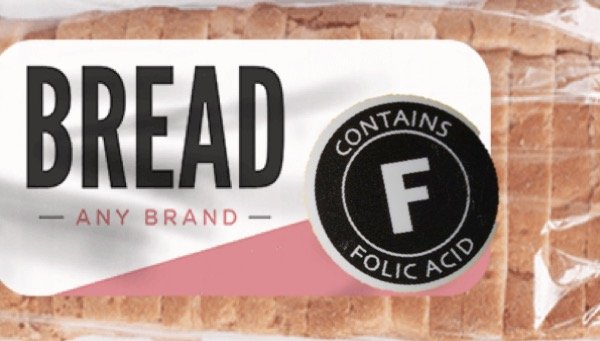 Although I do not eat wheat myself and have many patients who only remain healthy if they avoid it, the recent headlines calling for mandatory fortification of wheat flour with folic acid still gives me cause for concern. The problem with the recent media coverage of this issue is that there has been little in the way of counter arguments put forward with the headlines being rather one sided, such as:

Below are some select quotations from two articles, one in favour of folic acid fortification and the other against. At the end I put in my two-penneth worth adding my concerns about artificial folic acid vs natural folate, as well as issues of government intervention vs personal liberty. Let me know your thoughts after you’ve chewed it over.

THE ARGUMENTS FOR FORTIFICATION

“A 2015 report from The BMJ, estimated that 2,000 pregnancies associated with a NTD [neural tube defect] would have been prevented if the UK had adopted the same fortification regimen as the USA

“Folic acid is recommended in supplement form during pregnancy… But only a third of women follow this advice and are therefore thought to be deficient and putting their children at risk.

“What is clear though is that three quarters of women are not getting near a lower recommended limit, let alone taking so much that it could have the potential for damage. And while you could eat an inordinate amount of spinach to aid this deficiency, wouldn’t it be much easier to fortify it in the flour rich products you consume on a daily basis.

THE ARGUMENTS AGAINST FORTIFICATION

(I nearly missed the pun in the title: Give us our daily chemicals!)

“The fortification of the nation’s food supply with vitamins and minerals dates back to the post-second world war era, when the British population was stricken with diseases such as rickets that were caused by poor nutrition. In those days, the mass-medication of the entire population seemed a pragmatic, last-ditch option. But nowadays, when there is plenty of food on our plates, the blanket addition of vitamins looks more dubious.

“High intakes of folic acid have been associated with a speeding-up in the progress of certain cancers. Folic acid is also known to mask symptoms of anaemia caused by a shortage of vitamin B12

“The other main objection is that fortification is a sledgehammer to crack a nut. The estimate is that adding folic acid to bread will save 120 babies in the UK every year from spina bifida, but for every baby saved, half a million people, male and female, will have to take the added folic acid. “Why not target potential young mothers rather than mass-supplementing the population at large ?”

“To campaigners for natural and organic food, fortification is unacceptable, just a way of trying to cover up the deficiences of over-processed foods…  Half the folate in whole wheat is lost in the milling to white flour. “It’s pretty bad that our conventionally produced cereals don’t have enough natural folate to produce healthy babies,” says Lizzie Vann, founder of the babyfood company Organix. “The ideal has to be to eat food grown on properly manured, fertile soil that has loads of naturally occurring nutrients in it.”

“The debate over folic acid has a clear parallel with mass fluoridation of our tap water.

There is more to folate than the development of the embryo – as important as that is. Folate is also involved in a host of other processes, some of which are closely associated with B12 metabolism, which affects us all, whatever our age.

Synthetic folic acid and natural folate are not the same thing. The former relies on conversion in the intestines into the latter. Whilst this conversion has been observed in research animals recent evidence indicates that it does not take place efficiently in humans [Scaglione &, Panzavolta]. This can lead to effective lower folate intake than might be expected from the quantity of synthetic folic acid consumed. Also, there are many reports of unmetabolised folic acid being left floating around in the blood. This portion of a paper on the subject below uses the term 5-MTHF which is true, active form of folate (L-5-methyltetrahydrofolate):

Naturally occurring 5-MTHF has important advantages over synthetic folic acid – it is well absorbed even when gastrointestinal pH is altered and its bioavailability is not affected by metabolic defects. Using 5-MTHF instead of folic acid reduces the potential for masking haematological symptoms of vitamin B12 deficiency, reduces interactions with drugs that inhibit dihydrofolate reductase and overcomes metabolic defects caused by methylenetetrahydrofolate reductase polymorphism. Use of 5-MTHF also prevents the potential negative effects of unconverted folic acid in the peripheral circulation.

The recent flood of articles in favour of folic acid fortification refer to new studies showing that the idea of overdosing on folic acid was mistaken, however this refers to putative effects on children of supplementing their mothers. Questions over excess (synthetic) folic acid in the rest of the population were not mentioned. Other researchers have found high levels of this folic acid cause the same set of problems as actual folate deficiency [Henry CJ et al], suggesting that folic acid can lead to problems with blood cell formation (for which the technical term is ‘hematopoiesis’):

Other researchers [Pietrzik K et al] have found folic acid and methyl folate supplementation can lead to similarities in some outcomes (such as prevention of neural tube defects) but differences in others, leading them to conclude..:

Intake of L-5-methyl-THF may have advantages over intake of folic acid. First, the potential for masking the haematological symptoms of vitamin B(12) deficiency may be reduced with L-5-methyl-THF. Second, L-5-methyl-THF may be associated with a reduced interaction with drugs that inhibit dihydrofolate reductase.

Regarding the ‘fortification of flour by mandate’ I suspect it is a case of ‘fools rush in where angels fear to tread’. With such doubts in the minds of the researchers it would seem to me that the best way to make a difference would be a public education campaign to encourage everyone, but especially women of child bearing age, to eat a significant amount of green leafy vegetables every day (always being cautious of excess spinach intake, of course, due to its high oxalic acid content and tendency to cause kidney stones) and, for pregnancy vitamins to replace the synthetic form of vitamin B9 (folic acid) with methyltetrahydrofolate for all the reasons given above.

To anyone with concerns about personal liberty the idea of adding anything to our food supply without our consent appears as a kind of tyranny. I do not want my water or food to be contaminated with anything, thanks, even if ‘you’ insist it’s good for me. Mass medicating is a very slippery slope. What next? Adding statins to staple foods?

Fluoridation of the entire water supplies? Soon it’ll be Aldous Huxley’s soma to keep the people happy and compliant. The fact that the British government has a ‘behavioural insight team’ at No. 10 Downing Street, which uses ‘nudge’ psychology to get people to do what the state thinks is best shows just how far we’ve gone down the Brave New World route.

If you feel the need to supplement folate – which is especially important if you are pregnant or hoping to get pregnant in the near future – then seek out a good quality methylfolate supplier.

Cytoplan produce an excellent range of methylfolate based supplements several of which I use in my clinic. You can purchase them online here.

2 thoughts on “Should folic acid be added to UK flour? The arguments for and against”