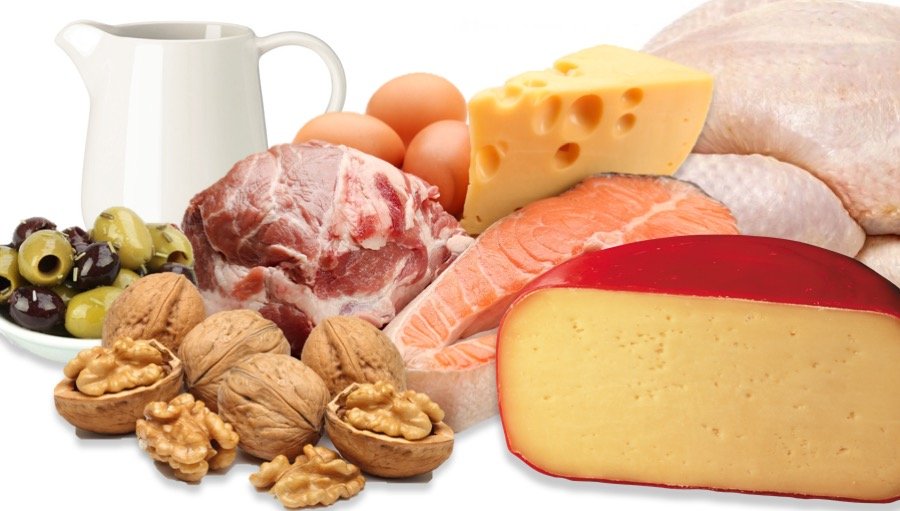 A study of 42 European countries found lower cardiovascular disease and mortality among countries that consumed more fats and animal protein. Higher cardiovascular mortality was linked to carbohydrate consumption. Another nail in the coffin for the diet-heart hypothesis?

Controversy over the diet-heart hypothesis rages on: the role of saturated fat, animal products, LdL vs HdL cholesterol levels, statin drugs, low-carb vs low-fat diets… So here is another piece of the jigsaw puzzle that reveals some pretty striking correlations.

The study by a researchers in the Czech Republic was published in Food and Nutrition Research last year but gained little media attention so few in the nutrition community seem to have heard of it. It examined the mean consumption of 62 food items from the FAOSTAT database (1993–2008) and compared these with the actual statistics of five cardio-vascular disease (CVD) indicators across 42 European countries.

The FAOSTAT database compiles the total food consumption by category at a national level. Although it tells us noting about any individuals consumption this data is a robust and reliable method of assessing each countries consumption over all. Its use in this study provides a pretty objective picture and avoids the pitfalls and bias involved in most epidemiological studies which rely on participants accurately recalling personal food consumption over a given period – a notoriously inaccurate affair. So what did they find?

The study includes a huge amount of data analysis, which for a sub set of countries spanned three decades, allowing tracking of these correlations over time. Interestingly, in the 1980s there was a brief period when CVD rates correlated positively with fat intake, which the authors speculate may have led to the reinforcing of the saturated fat and heart disease hypothesis, but these trends have long since reversed.

The strongest predictor of raised cholesterol that came from this analysis was consumption of animal fat and animal protein – which includes cheese and meat. (Only graph for men shown, but graph for women is similar)

Note, how closely the points lie along the line. A correlation (r value) of 0.92 indicates that 85% of the variation in raised cholesterol (in men) can be predicted by their consumption of animal fat and protein (primarily meat and cheese)

On the other hand, carbohydrates from cereals and potatoes (i.e. starches) were inversely correlated with raised cholesterol.

The authors state that these results are expected, based on previous studies:

This is in accordance with the meta-analyses of clinical trials, which show that saturated animal fat is the major trigger of raised cholesterol

So far, so good. But how do these correlations translate into cardiovascular health?

As the graph below shows, and contrary to received wisdom, the higher the cholesterol, the lower the CVD mortality.

Whilst many people would find this surprising, being the exact opposite of what we are all told, the authors explain:

The strongest negative correlation was between Total fat and Animal protein and CVD mortality, especially in women. i.e. countries with lower rates of CVD mortality (in women) consumed more fat and animal protein:

This is extraordinary, and again the reverse of what we are usually told. At the top left: France; The so-called ‘French paradox’ – high consumption of saturated fat and animal products, but low levels of CVD – really does not look that paradoxical in this study; in fact it’s pretty much where you would expect based on all of the other countries in Europe.

As expected from all the above, countries with higher rates of CVD mortality consumed more carbohydrates (including alcohol):

That’s the headline findings. If you like the details continue below!

The argument would go something like this: countries with higher GDPs can afford more meat and fat, but also better health care. Hence, the reduction in CVD seen in the graphs above may be due to health spending not diet.

Indeed the study found that Health expenditure in each country was tightly correlated to CVD mortality:So does this mean that the beneficial associations of CVD mortality with fat and animal protein on the one hand, and the negative association of carbohydrates on the other are simply markers for health expenditure? It seems unlikely.

First, it is notable that the health expenditure graph forms a curve, yet the dietary graphs are linear, suggesting that they have at least some independent association and are not simply surrogate markers of health expenditure.

Furthermore, if the health spending graph is considered in two sections, (Western v Eastern European countries) we see that there is little correlation. Among the 21 countries spending below US$ 2000 per capita there is only the vaguest of correlations between CVD mortality and health expenditure. Whereas for the remaining 21 countries spending above US$ 2000 per capita shows almost no effect on CVD mortality.

Finally, CVD risk factors – raised blood pressure and raised blood glucose – which are indicative of CVD prevalence are both correlated tightly to carbohydrate consumption (see below).

Health expenditure – the main confounder in this study – is clearly related to CVD mortality, but its influence is not apparent in the case of raised blood pressure or blood glucose, which depend on the individual lifestyle. It is also difficult to imagine that health expenditure would be able to completely reverse the connection between nutrition and all the selected CVD indicators.

Despite attempting to correct for confounders using multiple statistical models the authors concluded that the dietary trends remained and although such correlations cannot prove causation, they do disprove the opposite: Saturated fat consumption does not increase heart disease.

…the strong ecological relationship between CVD prevalence and carbohydrate consumption is a serious challenge to the current concepts of the aetiology of CVD.

The authors suggest this is not as unexpected as it might seem:

These findings strikingly contradict the traditional ‘saturated fat hypothesis’, but in reality, they are compatible with the evidence accumulated from observational studies that points to both high glycaemic index and high glycaemic load (the amount of consumed carbohydrates × their glycaemic index) as important triggers of CVDs. The highest glycaemic indices (GI) out of all basic food sources can be found in potatoes and cereal products, which also have one of the highest food insulin indices (FII) that betray their ability to increase insulin levels.

In this post I have focused on the macronutrients: carbohydrates, fats and animal proteins, as these were the main story of this study, but there were other interesting points that were revealed which I will summarise briefly here:

The authors point out that a previous study looking at cancer risk across European countries found the opposite trends. With higher cancer incidence in North and Western Europe, Lower in Eastern.

The best example of this health paradox is… that of French men, who have the lowest rates of CVD mortality in Europe, but the highest rates of cancer incidence. In other words, cancer and CVDs appear to express two extremes of a fundamental metabolic disbalance that is related to factors such as cholesterol and IGF-1 (insulin-like growth factor).

But that’s a story for another day.