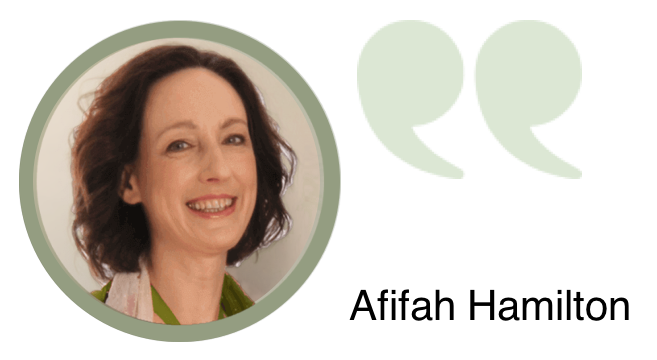 I hear myself saying this to patients all the time, so now I will say it here too.
If your GP runs some tests, whether of your blood, urine, a DEXA scan, or you have any other kind, of contact with doctors, in the primary care or hospital setting, make sure you are given a copy of the results. (I am not including dipstick tests done on a fresh urine sample in front of you in the surgery, because this will not be on paper, as it is just a visual colour chart device). Never simply accept anyone (usually a receptionist) telling you “Everything was normal”. Persist: “Thank you. Can you print out a copy for me?” or “When can I come in to collect a copy?”

I ask every new patient to bring any and all their test results with them at their first appointment and strongly urge everyone, always, to collect any data on themselves that is obtained by doctors, or any other health professional. It is your data, about you, and you need it

I say this because I frequently see blood test results that reveal anomalies that the GP has not acted upon or has simply glossed over. There may be all sorts of reasons for this but here are three where you want the actual numbers, not the fob-off:

1. Marginal ‘in range’ results that don’t (yet) require drugs or intervention.

When results are within the normal range, but at the high or low-end GPs will ignore them. They are ‘normal’ because they are in the ‘normal range’. They are looking for signs that an intervention is needed – a drug, investigation or surgery for example. Your results are not far enough out to trigger that, so you are ‘OK’.

However, patients do not usually go from fully well to needing orthodox medication overnight. Their condition develops over time, and they may be experiencing early stage symptoms. Unlike the doctor, most of us would rather deal with it before it gets any worse.

Marginal results – especially if they indicate worsening over time – can usually be dealt with by practitioners like me to prevent things from getting worse. Often it is easier to correct a problem in its early stages and is much harder later.

2. When the normal range isn’t the healthy or optimal range.

Some of the ‘normal ranges’ referred to on blood tests are determined from sampling the healthy population. Others are from the population who has been tested for this particular marker because they have symptoms that lead their doctors to suspect that organ is malfunctioning. This is the case in thyroid/TSH ‘normal range’, rendering unlikely to be the optimal range in a healthy individual. It might be fine, in other cases, if the population is actually healthy, but sometimes there can be widespread sub-clinical pathologies in the population that throw the normal range out.

Being told that your thyroid function is normal when you are tired all the time, you are gaining weight through eating less, and your hair is falling out can be very disheartening and imply that you are imagining it all. But what many doctors ignore is that mild hypothyroidism is widespread in the UK. Being in the official ‘normal range’ does not mean you are in the healthy range. Early intervention with diet and herbal medicine can prevent this situation from becoming worse.

3. When they don’t have an intervention or indication for that.

Some test results can be out of range, but orthodox medics have no therapy to address it, so they ignore it, or say it isn’t important, or say we will check it again in 6 months. For example, if your RDW (red cell distribution width) is raised in a standard full blood count, but the rest of your red blood cell pattern is normal and there is no iron deficiency anaemia, GPs will typically ignore it. However, for at least 15 years it has been recognised that this can be a marker for coeliac disease, as shown in this study. The GP telling you “everything is normal” – especially when you still feel unwell – can be more a statement of his ignorance than of your health.

Recently I have seen a number of patients with blood tests that reveal poor kidney function, in the form of the eGFR (glomerular filtration rate), and even though the lab itself has flagged up their results as abnormal, the GPs have ignored it. In some cases, they have honed in on cholesterol, despite it not flagged up by the lab.

The reason for this is, I assume, is that the GP has no idea what can be done regarding the abnormal GFR, so passes over it to the cholesterol because, hey! that one’s easy – we can blithely and shamelessly push the statins. In one case my patient, a non-smoking women with normal blood pressure, putting her in a very low-risk group for cardiovascular disease, was worried sick by the GP making a problem out of her total cholesterol despite her HDL:LDL ratio being very good [See our recent posts on cholesterol ‘risk’ here and here]. She then spent out good money on a really thorough blood lipids test, and only then was satisfied that she really did not need the statins at all. Her GFR rate, however, needed improving, and we are working on that now, no thanks to her GP, who had totally ignored it.

Depending on the patient’s medical history a low GFR (i.e reduced kidney function) could matter a great deal more than the cholesterol, as gradual kidney failure can become a whole body problem with costly treatment at the latter stages, and horrible knock-on effects leading, eventually, to death.

I would also want to see how GFR had changed over time as NICE guidelines suggest “that a decline in GFR of >5  per year or >10 within 5 years should prompt a search for remediable causes.” [ref]

However when my patient mentioned this to her doctor and explained that her Medical Herbalist (me) was going to help her improve her GFR numbers, the GP laughed and said “Good luck with that!”, because in his world he has no drug to improve it. In fact, most doctors will not tell you you are heading into chronic kidney disease until you are well into stage 3 – at which point it takes more work to reverse it and regain full kidney function.

Why do doctors keep so mum about declining kidney function you ask? Well firstly, NICE guidelines only require them to start monitoring patients who have reached stage 3, but also, according to a survey of practitioners, it’s because they are ‘anxious’ about discussing it, especially with older patients. Really? What wusses!
Catching declining kidney function earlier than stage 3 is important. According to Diabetes Daily;

[Your] blood test could show signs of early kidney issues…and your doctor isn’t even mentioning it to you. And those low levels that signify early kidney disease do matter. When dealing with kidney disease, catching it as early as possible can have a tremendous impact on your future.

The kidney specialists of this world are doing their best to shout about this but GPs prefer to turn a deaf ear, apparently, and reach instead for the easy option, cholesterol, for which they have a simple ‘solution’ – statins, even though there is no ‘disease’ state attributable to cholesterol, contrary to the story which has been perpetrated for the past thirty years. Indeed, according to a 2016 study, even the much-maligned LDL (aka ‘bad cholesterol’) when raised is actually associated with fewer deaths from all causes, especially in older people, and especially in women. Here is a quote from the authors of that paper:

Our review provides the first comprehensive analysis of the literature about the association between LDL-C and mortality in the elderly. Since the main goal of prevention of disease is prolongation of life, all-cause mortality is the most important outcome, and is also the most easily defined outcome and least subject to bias. The cholesterol hypothesis predicts that LDL-C will be associated with increased all-cause and CV mortality. Our review has shown either a lack of an association or an inverse association between LDL-C and both all-cause and CV mortality.

–  You can read the whole paper here.

That must give us all cause to doubt the overweening message that we have been subjected to, that cholesterol is trouble and needs to be stopped. And we could instead, focus on useful markers, things like GFR levels on a blood test, or a TSH that is over 3, or a proper interpretation of a serum B12 test (which doctors do not appear to have any grasp of at all!)

The ‘normal range’ for TSH in most labs in the UK is 0.3 – 5.0 but there is significant discussion in the international endocrinology world which is coming to a consensus that it should be more like 0.6 – 3.0 with some narrowing it still further to 0.8 – 2.5 and I concur with that, depending on various other factors, as always.

The vitamin B12 story is woefully misunderstood by GPs, in my experience, and no wonder, as it is somewhat complicated. This site explains it briefly but very well, so do please take a look. A normal blood test for B12 will only show the serum level, most of which is inactive, and not the Active B12 level, which is what I use via a private lab test. If all one has is the serum level one has to be able to make sense of it. The ‘normal range’ of serum B12 is ridiculously wide at 195 – 950 ng/L, and people with a level of 230 are told they are not deficient, even though one needs at least 650 ng/L to have a chance of sufficiency. And when you consider just how vital actual B12 is for proper neurological function, blood cell formation, cell repair and DNA building in every cell, one can see just how important it is for the doctor to know this stuff, and not accept a ‘normal range’ of 195 – 950, for God’s sake!

For a proper medical professional and clinician like myself, these common findings are not difficult to understand nor are they insurmountable, for the most part. So I say again, “Always get a copy of your test results”

There are effective, safe and even tasty herbs that will improve kidney function and thereby genuinely support overall health. And the other things, the TSH and B12 must not only be investigated further to find out what is behind the abnormal levels and not ignored as per your bog standard GP, but then put right in a sensible and safe manner. Cholesterol, on the other hand, is not the bogie man that it has been made out to be, for decades. Rather, it is essential for every cell in your body. It serves as a starting point for sex hormone manufacture, male and female, for nerve cell integrity, in the brain and everywhere else, for the manufacture of bile salts and in the membrane of every cell of your body. Indeed there is no life without cholesterol, so can we please stop this nonsense!

So, at the risk of being boring, and coming back to my point, please get your test results in your own hands, as they will be interpreted in different ways depending on the knowledge of the practitioner. Keep your tests in your own file and take them with you to whichever practitioner you seek advice and treatment from.

Some of us know more than others. Yes, doc. I’m looking at you.