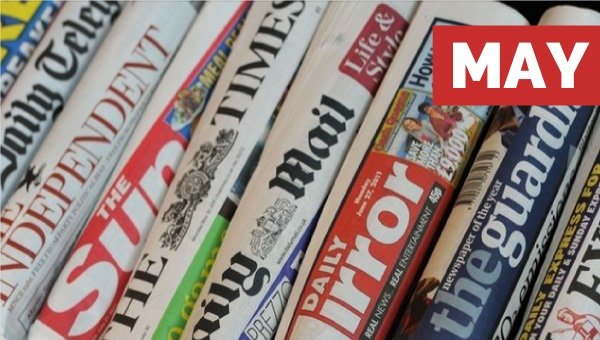 
Some cancers are more dependant on sugar

Very low carb diets have shown some efficacy in cancer treatment as many cancers have a high dependence on glucose and low metabolic flexibility, making ketogenic diets a potential treatment adjunct. A new study has found that some cancers have higher reliance on glucose than others. (News Medical May 26th) . Lead author Dr. Jung-whan, said:

“As a culture, we are very addicted to sugar. Excessive sugar consumption is not only a problem that can lead to complications like diabetes, but also, based on our studies and others, the evidence is mounting that some cancers are also highly dependent on sugar. We’d like to know from a scientific standpoint whether we might be able to affect cancer progression with dietary changes.”

It still amazes me that such authors say ‘sugar’ when they mean ‘glucose’. The above quotation would lead most people to think that added sugar was the issue, whereas all carbohydrate – especially grains and potatoes – raise blood glucose and should be avoided if such diets are to be helpful.

A study tracking patients with stage 3 colon cancer found that those eating more tree nuts had half the incidence of recurrence and half the chance of death, than those that ate few tree nuts (Business Insider UK, 17th May)  The effect was not observed for peanuts which are not a true nut, but a legume.

The Huff Post (9th May) has a nice article about bone broth, collagen and skin ageing. The recipe they give at the end is more chicken soup compared to my own bone broth, and it omits vinegar – a crucial ingredient if you want to extract the maximum mineral content from the bones.

The Mail Online (8th May) reports on a study that feeding mice cinnamon along with an obesogenic diet reduced inflammation, weight gain and accumulation of abdominal fat. The cinnamon also reduced stomach temperature by 2°C which aids digestion and “This, in turn, avoids damage to the stomach’s lining, reducing inflammation and many diseases of the guts, said experts at RMIT University’s School of Engineering in Melbourne.” Well I never!

Pasta sales down as Italians avoid ‘for health reasons’

The Express (May 25th) explains that pasta sales in Italy have fallen as many Italians now avoid carbs and gluten. I am not surprised as Italy is at the epicentre of gluten research with many of the worlds leading studies being carried out by their researchers  (See our post Why No One Should Eat Grains Part 2: the definitive guide to Non-Coeliac Gluten Sensitivity)

The Express (May 16th) has a surprising little article explaining that a high fat, low carb (ketogenic diet) can reverse diabetes. Yes. I have implemented it successfully with my patients and it works.

A nice article in the Mail Online (May 23rd) explaining the research around cheese. A similar article is also available in The Times (May 26th – subscription)

The US is predicting a bad year for tick born infections. Such infections, including Lyme disease, is on the rise in the UK too. News Medical (May 27th) explains how to check for ticks after being outdoors. “Everyone who spends time outdoors, even just playing in the backyard, should perform a daily check.”

Science Daily (May 17th) reports on this placebo-controlled triple-blind study, along with a subtitle that is a rare admission:

Despite being a well-run study, the authors fail to say which part of the fennel plant they are using. Duh! The seeds, leaves, roots, flowers, bark… that’s herbal medicine 101. All parts are not equal! In the case of fennel all parts are at least non-toxic (but with something like rhubarb, think again, roots, stems and leaves all have very different compounds and effects).

RDA of protein for older people is too low

There is a growing body of evidence that points to reduced mortality in the elderly when daily protein intake is increased – primarily because it reduces muscle loss which otherwise contributes to falls. Stuart Phillips of McMaster University in Canada argues for improved guidelines. ‘He argues that there should be a stronger focus on leucine; an indispensable amino acid and building block for proteins. The elderly have a higher need for leucine to build muscle proteins, and milk-based proteins (e.g. milk and whey) are a good source for this.’  News Medical (May 24th) Interestingly, Dr Phillips discusses his own diet:

“I enjoy a variety of foods, and the only thing I specifically focus on is limiting my intake of sugar and refined carbohydrates. But of course, given the benefits of proteins, they are a big part of what I think about when planning my meals.”

Cauliflowers are tasty and nutritious (plus recipes)

Hardly news, but thank you to The Telegraph (May 4th) for reminding us that it improves brain health, reduces cancer risk, unclogs arteries and helps with weight loss. The best bit is they provide some great recipes at the end!

Recipe of the month

Here’s a recipe that makes good use of a couple of the ideas in this month’s post. Bon appetite! –

The Microbiome on BBC Radio 4