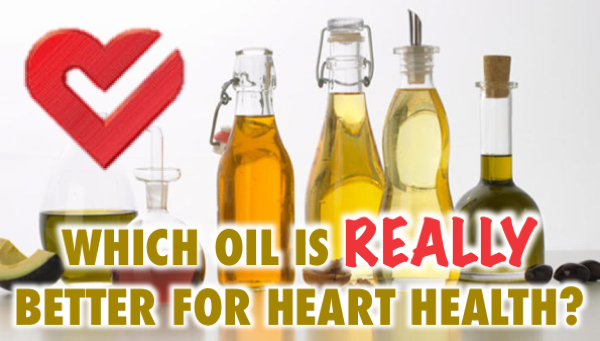 Guidlines for prevention of heart disease have shifted in recent years away from a simplistic ‘reduce total fat’ message towards a more nuanced emphasis on the type of fat. The current American Heart Association (AHA) recommendation is to ‘replace saturated fats with monounsaturated (MUFA) and polyunsaturated (PUFA) fats.’

For the purpose of this post, I am going to put aside my objection to the demonising of saturated fats and instead focus on the MUFA / PUFA alternatives recommended by the AHA. Similarly, I am not going to challenge the cholesterol hypothesis nor debate the merits or otherwise of lowering LDL cholesterol here. Instead I am going to look at a recent paper that studied the effects of MUFAs and PUFAs on atherosclerosis risk.

The role of triglycerides in cardiovascular disease

Cardiovascular disease is often preceded by insulin resistance during which changes to the cholesterol delivery system increase the risk of atheroma formation in the artery wall. One of the hallmarks of insulin resistance is an increased production in very low density lipoproteins (VLDL) which are high in triglycerides.
The following is a quick explanation about triglycerides which you can skip if it’s a bit too much or you are already familiar with the subject…

So the aim of this study was to see how different dietary fats affect the dislipidemia associated with insulin resistance, especially the triglycerides. To do this the rats in this study were split into 5 groups: A control group on standard diet, whilst the other four were all made insulin resistant by feeding 30% sucrose water for 12 weeks. Of the four insulin resistant groups one was supplemented with n3 PUFAs, one with n6 PUFAs and one with n9 MUFAs.

It’s a pretty obvious experiment to undertake, and at this point you might rightly be asking why? Hasn’t this has all been done before? Surely the science on such a basic question is settled? With 60 years of American Heart Association advice you would think they had the science to back up their assertions and advice, wouldn’t you?
Well, shockingly, you would be wrong. As the authors note:

To our knowledge no studies have addressed the impact of dietary n-3, n-6 and n-9 fatty acids on VLDL composition and size in the [insulin resistant rodent] model.

There are several reasons why this basic question has not been answered before:

To get round these problems ithe researchers used the following oils:

Rodent diets contained 15% w/w of each oil, which represents about 35% by calories i.e. similar to a standard western diet.

What they found was striking and deserves some careful reflection.
To make the findings a little easier to appreciate I have made a graph of some of the key results, but tables with all the study data are provided at the end of the post.

The effects of the high sucrose feeding, as expected was a jump in triglycerides, which can be seen between the Reference and IR results above. Dramatically, supplementation with n3 fish oils almost completely reversed this dyslipidemia, returning VLDL particles to normal. Whilst remarkable, this is in line with previous epidemiological, human and animal studies that have shown n-3 PUFA have positive physiological effects on IR and lipid metabolism.

n6 and n9 oils, however, only weakly attenuated these harmful changes, failing to reverse the atherogenic state of the VLDL particles. This casts doubt on the validity of the American Heart Association recommendations.

In the case of the MUFA (n9), previous studies using olive oil have shown greater improvements in insulin resistance parameters, but as already noted, olive oil contains a broad range of bioactive phytochemicals (e.g. sterols and polyphenols). By using high oleic sunflower oil this study has been able to show that MUFAs do not of themselves produce these beneficial effects.

In relation to MUFAs this is particularly important as many processed food uses high MUFA oils that are low in phytonutrients as these can impart undesirable flavours.
Accumulated liver fat follows a similar pattern to plasma triglycerides. Again, n3 oils produce the best reductions in damage caused by insulin resistance.

The authors of this study conclude:

The authors seem somewhat nonchalant about the n3 fish oils, but it is worth reflecting for a moment just what those fish oils did: the rats were drinking insane quantities of sugar, eating a hyper caloric diet, yet avoided most of the effects of insulin resistance and weight gain. That’s a pretty impressive feat as far as I can see!

This study looked at the effects of fat choice in the context of insulin resistant animal models. The results support and extend previous research in humans and epidemiological studies. Taken together these point to certain food choices: fish, seafood and olive oil are good choices based on these results; Omega 6 vegetable oils such as sunflower, safflower, corn and soya oils are best avoided, as are low-polyphenol MUFAs like high oleic oil and possibly filtered rapeseed (Canola) oil. A high quality fish oil supplement seems prudent too.

Based on the ideas suggested by this study cold pressed rapeseed oil is potentially interesting as like extra-virgin olive oil, it contains high levels of phytonutrients, but unlike olive oil it has significant levels of alpha linolenic acid (ALA), a short chain n3 fatty acid. Based on the results above I would expect it to have beneficial metabolic effects possibly similar to or slightly better than Olive oil. Well that’s my prediction. So lets see…

I searched Pubmed for “rapeseed cardiovascular”. Sure enough, in one of the first studies I found [Baxheinrich et al, 2012] patients with metabolic syndrome (which is just one step down from full blown insulin resistance), were placed on a low calorie diet enriched either with olive oil (high n9 MUFA, low n3 ALA) or cold pressed rapeseed oil (high n9 MUFA high n3 ALA) for six months. Although both groups improved similarly on many metabolic measures (body weight, systolic blood pressure, cholesterol, and insulin levels), the cold pressed rapeseed group had significantly lower triglycerides. That said rapeseed oil is probably less suitable than olive oil for high temperature cooking as the ALA it contains is very heat sensitive. Still, its a good choice for salad dressings and mayonnaise!

For those of you who like to dig into the data here are some key tables from the study: