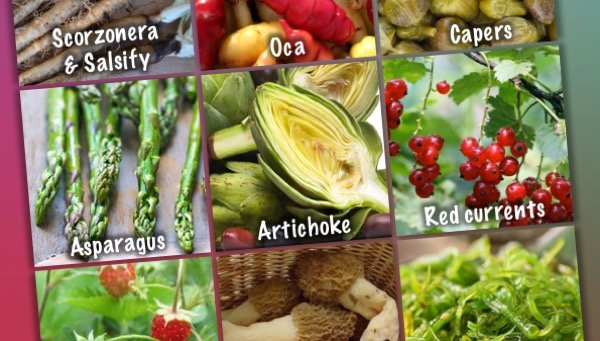 There have recently been a number of articles making pronouncements on the original paleo diet, as eaten by our paleolithic ancestors. At the end of last year, December 2016, we had…

Then in March this year…

The more recent articles appeared following a paper by Laura Weyrich et al. published in Nature, March 2017, titled Neanderthal behaviour, diet, and disease inferred from ancient DNA in dental calculus. Afifah has written a post about the herbal medicines these Neanderthals were using, and we are going to publish a guest post addressing the vegetarian claim shortly.

The December articles on paleo veggies were prompted by an Israeli study (Melamed et al. PNAS) which identified the remains of a wide variety of plant food remains in a cave in the Levant (modern Israel). The 780,000 years old remains are unusual as plant materials are rarely preserved at such sites, so this paper provides some insight into the plants resources used by our ancient ancestor homo erectus.

The remnants include no fewer than 55  different species including roots, seeds, nuts, fruit and leaves. Many of these resources were seasonal and some required simple processing and cooking. Here is the New Scientist Video that accompanied their article, which, I think you will agree, has a touch of the Blue Peter about it:

You would think from the headlines that evidence that our ancestors ate a wide variety of plant foods is new or somehow overturns Paleo Diet thinking. The media portrays the Paleo Diet as consisting largely of red meat, but that is wrong. Since its inception, proponents of the modern Paleo Diet such as Professor Lauren Cordain have argued that we should be eating more like hunter-gatherers. That has always meant both the gathering part (eating plant foods) as well as the hunting bit (eating animal products).

What is strange about the recent media pronouncements is that the research that stimulated them is perfectly in accordance with Paleo Diet principles. It seems as if the media are spinning these stories for the sake of headlines, which makes them, in the lingo of the day, fake news does it not?

A careful reflection on the details of the foods identified in the Melamed study suggest a number of subtle paleo principles we might all like to take on board:

This is really part of eating a wider range of plant foods and means we give our body a rest from any anti-nutrients when that food is out of season. Another plus is that seasonal foods can be higher in nutrients than those that are grown out of season under artificial light: that’s why winter tomatoes and early season strawberries often taste so insipid (taste being evidence of nutrients. Read ‘The Dorito Effect’ for more info on this amazing area of science).

Our ancient ancestors couldn’t preserve foods by canning and freezing. The freshest foods you can eat are those that you have just picked from your own garden, minutes before eating them. Here at Rosemary Cottage we grow a lot of our own fruit, berries, and veg (in fact we have a blog just about this here). They are packed with flavour and much higher in nutrients than supermarket varieties which are often picked under-ripe and have sat around for a couple of days on the shelves or have been flown half way round the world in a low oxygen ‘protective atmosphere’. If you haven’t got a garden or allotment you can buy living salads, mustard and cress, or growing herbs which provide the same fresh-food benefits.

Studies have shown that fruit and veg that have been exposed to harsh environmental conditions often have higher levels of nutrients as these compounds are primarily plant defence compounds. The perfect, class 1 fruit and veg we are offered in the supermarket have been overly pampered, sacrificing nutrients for looks. Many of the phytonutrients in veggies are concentrated in the colourful skins. Cherry tomatoes therefore pack more nutrients per kilo than their larger cousins as they have a larger surface are to volume ratio. Another benefit is that buying wonky veg increases farm profits and reduces food waste.

Organic fruit and veg tends to be less perfect, more blemished, usually class 2. Possibly for this reason they often have higher levels of nutrients (European Journal of Clinical Nutrition)

It is a fact that many modern fruit and veg have been bred to increase water, sugars and starches and to be less bitter or sour – all of which has diluted the phytonutrients. Consequently, some of the most nutrient dense plant foods are those that have had the least selective breeding such as the following.

Many of the above need only be eaten in relatively small quantities as it is often the toxins in these plants that stimulate our immune system, so you don’t want to over do them. (See our post: The chemical warfare on your plate). For example, health benefits of tea and coffee seem to peak at 4 to 5 cups per day and the benefits of tree nuts levels off at 30g per day. In some cases over doing it can actually lead to harm: for example spinach, which if consumed every day can lead to kidney stones due to its high oxalic acid content. Daily juicing of spinach is therefore unwise, despite ‘green smoothie’ proponents waxing lyrical about it. (Read here about some of the problems with oxalates)

I’ve made a nice info-graphic of some wild-like foods you might want to try. Although they are not always easy to come by I have seen all of these in supermarkets or farmers markets over the last year or so. I have several of them in my current garden, and have eaten all of them at one time or another. How many have you tried?

A little thought about the paleo veg principles above makes it clear why paleo veganism must have been a rare or intermittent occurrence. Few paleo veggies contain sufficient calories to sustain life, and due to their anti nutrients eating them in large quantities or for prolonged periods could easily lead to problems. Furthermore, the wild foods that are sufficiently high in calories (nuts, seeds and some tubers) would need to be available in quantity, year round, or starvation would be a very real risk. Changing availability and seasonality mean it is unlikely our ancestors were vegans for extended periods, although there would no doubt have been times when animal food sources were limited and they would have been forced to get by on plants alone. In short – humans are and have always been highly adaptable omnivores.