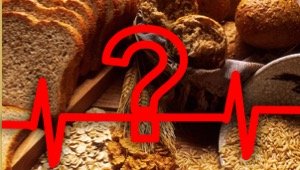 In the conclusion to their study examining the links between cardiovascular disease (CVD) and food consumption across 42 European countries, Pavel Grasgruber et al. make this bang-on-the-money statement about the propaganda surrounding so-called “heart healthy whole grains”:

In fact, even some unrefined cereals [such as the ‘whole-meal bread’ tested by Bao et al.] have high glycaemic and insulin indices, and the values are often unpredictable. Therefore, in the light of the growing evidence pointing to the negative role of carbohydrates, and considering the lack of any association between saturated fat and CVDs, we are convinced that the current recommendations regarding diet and CVDs should be seriously reconsidered