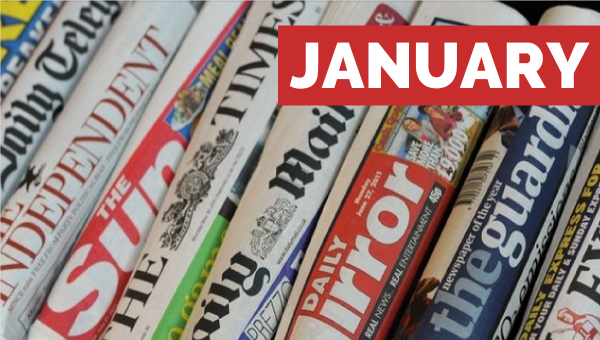 I’ve been a bit tardy with getting this post out on time, but that lets me sneak in an article from February, which sums up so much of what natural medicine is all about… so let’s go!

Plastic chopping boards much LESS hygienic than wooden ones

“Study found that bacteria thrived on plastic boards overnight but died on wood” (Mail Online, Feb 3rd)
Do you remember a few years back the authorities in the UK attempted to ban wooden chopping boards in restaurants, insisting plastic ones were more hygenic? After all, those grooves in the wood must surely harbour many more bugs than a smooth, inert surface of a plastic board, no? Well no. It turns out that there are natural antiseptics in wood that actually make them excellent for food preparation, whereas plastics have no such built in protection.
A similar over-reaction by the authorities in the USA nearly prevented cheese manufacturers from ripening their wares on traditional wooden shelving (Guardian, Jun 2014) Thank goodness that ordinary people put the authorities in their place!

“Eating crisps, well-browned roast potatoes and toast that is more than lightly grilled can increase the risk of cancer”  according to a public health campaign by the Food Standards Agency.
When starches are overcooked a potentially cancer-causing acrylamide is produced. I looked into this five years ago, but didn’t write about it, as the science seemed to say that there was no evidence it actually raised cancer risks in humans at the quantities people consumed them. It would have been easy to use it for a bit of carb bashing, but I resisted the urge. Can’t quite believe the FSA has suddenly taken up the cudgel! (The Guardian, Jan 23rd)

‘Having eggs for breakfast does not increase risk of dementia’ – OK. glad to hear it.
‘…egg intake was associated with better performance on neuro-psychological tests of the frontal lobe and executive functioning.’ Even more gladder to hear it! (Mail Online, Jan 11th)

Hold it Fido, hold it! They said ‘linked’ not ’caused’…

The Telegraph (Jan 31st) discusses research that found that people that skipped breakfast were more likely to have raised cholesterol and blood pressure. We have written about the topic of meal timing before (see here), and think that breakfast is, generally, a good thing (no!… put down the cereal packet!). However, the science is not unanimous as reverse-causality confounds the picture (i.e. overweight people probably avoid breakfast more often).
Indeed the researchers found that people who skip breakfast tend to eat more snacks, underlining that it is as much about what you eat as when you eat it. The most significant part of the article IMHO is the idea that eating late in the evening or night disrupts body clocks. Screw with your circadian rhythm(s) at your peril.
The article finishes with eight breakfast egg recipes. (Just watch out – they are not all gluten free). Alternatively, here is our ever popular post Ten Low Carb Breakfast Ideas

A small study of patients with relapsing-remitting multiple sclerosis—RRMS— randomly assigned eight to follow the paleo diet, while the remaining nine ate as usual and acted as the control group.
Those on the diet experienced “reduced fatigue, increasing mental and physical quality of life, increasing exercise capacity, and improving hand and leg function.” (Bel Marra Health, Jan 20th)

Microplastics getting to us via seafood

As the world wakes up to the environmental disaster of half a century of dumping plastic left right and centre, it looks like those microscopic fragments that affect the bottom of the marine food chain are passing up and into us.
“Now we’ve established that they do enter our body and can stay there for quite a while, we do need to know the fate of the plastics,” (Telegraph, Jan 24th)

Old drug being considered for fighting brain cancer by starving it to death.

Knowridge (Jan 11th) covers the possible use of flavopiridol to fight glioblastomas. Why are we interested in this pharmaceutical drug? Because it’s putative mode of operation is by starving cancer cells of glucose – a route which may well be open to a dietary approach. (We are closely following the trialling of the ketogenic diet in cancer treatment, see our post here)

Bring back the Auroch!

You probably wouldn’t want to bump into this fellow when walking in the woods, but that’s just what they are planning in Central Europe!
The Mirror (Jan 10th) has a nice article about a breeding programme attempting to bring back the original wild European bovines from which domestic cattle were reared. This is a real paleo-project as the aurochs, which only became extinct a few hundred years ago, have featured in European mythology since prehistory appearing in early cave paintings as well as Greek and Roman pottery. They are considered a linchpin of ecosystem health.
For a more modest English approach to rewinding, see our article Rewilding our Food about the Knepp Rewilding Project here in Sussex.

Take statins even if you are healthy, say experts (Telegraph Jan 18th)

Really? I mean really?
When Michael Gove said during the Brexit Campaign that people have had enough of experts many laughed. But Brexit then Trump proved that the public no longer accepts ‘facts’ sold to us on the basis of appeals to faceless authority. Those days have gone. Citizen journalism is the new kid on the block, speaking truth to power. So here goes…

“Statins might alter what is written on your death certificate but they are extremely unlikely to change the date.” (Express, Mar 2014)

In people over the age of 65, acute respiratory infections – such as the common cold, influenza, or pneumonia – can lead to potentially life-threatening complications. In a recent study, participants in long-term care facilities placed on monthly high dose vitamin D supplement had 40% fewer respiratory infections requiring hospital attention than those given placebo. (News Medical, Jan 5th)

Metabolic syndrome can be induced in rodents fed a high-fat or high-carb diet. However, a new study has shown that the risk is significantly modified by vitamin D supplementation. In a new study (NewsMedical, Dec 22nd) mice given vitamin D at levels equivalent to human dietary recommendations had a reduction in metabolic syndrome.
The beneficial action appears to be via gut bacteria which utilise vitamin D for production of defensins – anti-microbial molecules that help the good bacteria maintain dominance.
“Remarkably, an insufficient supply of vitamin D aggravates the imbalance in gut flora, contributing to full-scale fatty liver and metabolic syndrome.”
That’s all this month folks. Spring is in the air and snowdrops are peeping over the cold ground. UVB 311nm (the light wavelength needed for skin to produce vitamin D) is still a few months off though, so hang tight for a bit.