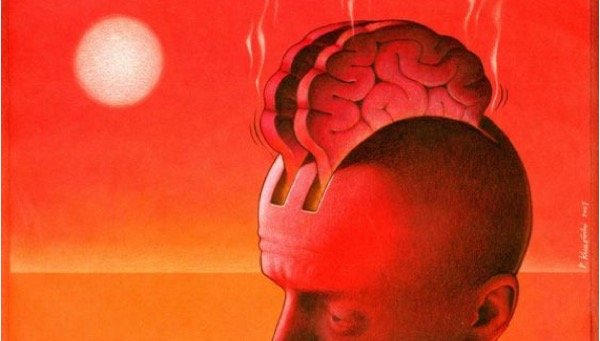 This is an update on our previous series of articles “Why No One Should Eat Grains” which were published in 2015; we recommend you read them too if you want to get your brain around this topic (before gluten makes toast of it!)

What better way to start a review of last year’s gluten research than by announcing our prestigious Rosemary Cottage Clinic Gluten Related Paper of the Year award, 2016…
(insert drum roll)…

Bread and Other Edible Agents of Mental Disorder
Bressan and Kramer, Frontiers in Human Neuroscience, Mar 2016.

This wonderful paper starts with the quote:

The authors go on to explain how our switch to agriculture 12000 years ago began the rapid expansion of humans and grains across the planet.

Each partner coevolved with the other, adapting to it. For example, wheat progressively became shorter in response to our own preference for crops easier to harvest and less vulnerable to wind. At the same time, our faces, jaws, and teeth progressively became smaller in response to the soft texture of bread (Larsen, 1995). Thus we domesticated grain, and in return grain domesticated us (Murphy, 2007).

This paper is such a gem that I’m planning to make a video podcast reading it out loud! Watch this space…
OK, down to business, and the nitty gritty…

Gluten related disorders on the rise

Although there is definitely a celebrity driven fad-diet-thing happening around gluten – which the media love as it gives them a reason to poke fun at gluten-free diets – there is no doubt that gluten related disorders have increased in prevalence and complexity over the last half century. When I was training, Coeliac disease was considered rare, and principly diagnosed in childhood. Indeed it was considered that as a practitioner I would be unlikely to encounter a case during my whole career.

A recent paper, Changes in Presentation of Celiac Disease in Ireland From the 1960s to 2015 confirms what many other countries have reported: namely that the incidence of Coeliac in adults has significantly increased over this period, as well as the proportions of patients with non-classical or subclinical disease.

A study from the Netherlands [van Gils, Dec 2016] also found that only a minority of diagnosis are in childhood, and amongst adults women are diagnosed more than twice as often as men.

It is not clear why gluten intolerance is increasing but part of the problem seems to be that selective breeding has increased the toxicity of modern grains. However, the most autoimmune inducing gliadin peptides (33-mer etc) seems to have appeared with early wheat breeding 8000 years ago when hexaploid varieties arose containing 6 sets of chromosomes rather than the usual two or four [Ozuna, 2016]. It is speculated that recent wheat breeding may have increased the quantity and reactivity of these peptides and explains, at least in part, the recent increase in Coeliac disease. [van den Broeck HC, 2010]

The rise in Non Coeliac Gluten Sensitivity, however, suggests there is more to the story, and the recent increase in Amylase Trypsin Inhibitors (ATIs) may be partly responsible for the increase in both immune (NCGS) and autoimmune (Coeliac) gluten disorders.

As discussed in our previous posts (here and here), amylase trypsin inhibitors (ATIs) – which are part of the natural insecticidal armoury of grains – have already been established as activating the innate immune system and contributing to intestinal inflammation in coeliacs and non-coeliacs.

The authors measured the ATIs in gluten containing and gluten-free products. They found the following:

As explored in our previous post [Part 3], there is evidence that gluten and other proteins in grains (the globulins – see fig 1) may be involved in the pathogenesis of type 1 diabetes. Partly because of the overlap in incidence of these two diseases, but also because in the mouse model of type 1 diabetes (NOD mice) gluten exposure induces the disease. However, in 2016 researchers started uncovering further details. They showed that the most immune reactive peptides of gluten could cross the gut and be transported rapidly to the pancreas in both diabetes prone and normal mice. They conclude that

If applicable to humans, the increased gut permeability in prediabetes and type 1 diabetes patients could expose beta cells directly to gliadin fragments. Here they could initiate inflammation and induce beta cell stress and thus contribute to the development of type 1 diabetes.

‘Gluten-free’ grain proteins may cause immune reactions in coeliac disease

In their quest to identify which grains should be avoided in coeliac disease, researchers expose blood from coeliacs and non-coeliacs to various seed proteins in the lab and look for immune responses. A Hungarian team who have been studying this area for the last five years previously found that “.. a high number of cereal grain proteins may contain peptides rich in proline and glutamine making them a target for celiac disease-related antigen presenting cells and immunoglobulins”

In a paper published this month these researchers examined the immune reactivity of wild grain seeds that are low in prolamins, but high in globulins (fig 1).  indicating that a far wider range of grains may need to be avoided by coeliacs. [Gell, 2016] Compared to wheat, grains such as rice and oats have much lower amounts of prolamins, and far higher   quantities of these under-studied globulins.

Oats – further evidence that they should be avoided in coeliac disease

The safety of oats in coeliac disease has long been debated. A paper in Food and Nutrition Research [Comino, 2016] found that they contain proteins which stimulate coeliac antibodies (anti-33-mer antibody) indicating reactive potential. They also identified new peptide sequences that activated dendritic cells from coeliac patients.

The reactivity of oats, along with the issues around globulins and ATIs discussed above may indicate that gluten-free grains could continue to exacerbate coeliac disease. This may go some way to explaining the recent news that 1 in 5 paediatric coeliac patients placed on a gluten-free diet continue to suffer damage to the small bowel [Wolters Kluwer news, November 2016] The article points out that previous findings among adult coeliacs showed that even when blood markers return to normal following a gluten-free diet, small bowel damage may persist.

As we previously discussed, non-coeliac gluten sensitivity (NCGS) is recognised as a distinct entity which has significant overlap with irritable bowel syndrome (IBS). Taking this one step further a recent German study in the International Journal of Colorectal Disease in Sep 2016 [Barmeyer, 2016] found about one third of diagnosed IBS patients are actually NCGS and can be effectively treated with a gluten free diet. The authors express concern that IBS is effectively a misdiagnosis for these patients which prevents them receiving the treatment they require (a gluten free diet) in a timely fashion.

A similar study in the UK, published in Clinical Gastroenterology and Hepatology in May 2016 [Aziz, 2016], found more than two thirds of IBS patients experienced significant reduction in symptom severity scores (from 286 to 131) after 6 weeks on a strict gluten free diet. 18 months later 72% of those were found to have maintained the diet and were still experiencing symptom relief.

A paper published in Nov 2016 in Laboratory Investigation [Wu, 2017] sheds light on the mechanism by which gluten induces symptoms in diarrhea-predominant IBS: They identified a range of biochemical alterations leading to increased intestinal permeability following gluten challenge which provide new insights into the role of gluten in this disease.

A paper published int he Scandinavian Journal of Gastroenterology last month (Dec 2016) reports that random sampling of newly diagnosed coeliac patients found that over one third had anti-sulfatide IgG auto-antibodies whilst on a gluten containing diet [Saccomanno, 2016].

Sulphatide is a class of sulphur containing lipid which makes up 20% of the myelin sheath of nerves throughout the body. It is also found in cell membranes of all cells. Having auto-antibodies to sulphatide is linked to autoimmune polyneuropathies such as MS and may go some way to explaining the overlap between coeliac and these autoimmune diseases. It will be interesting to see where this research leads in future.

Marios Hadjivassiliou has been studying gluten related neurological disorders for over 20 years at the UK’s Department of Neurosciences, Royal Hallamshire Hospital, Sheffield. He was an early pioneer of using a gluten-free diet to treat all neurological patients that had raised anti-gliadin antibodies.

Interestingly, in the case of gluten enteropathy (Coeliac disease) anti-gliadin antibodies are not a reliable marker, whereas anti-tissue transglutaminase antibodies and anti-endomysial antibodies are, demonstrating the complexity of gluten related disorders.

In a recent study published in the American Journal of Gastroenterology Marios Hadjivassiliou’s team followed UK patients suffering with gluten related neurological disorders over a twenty year period. All had circulating anti-gliadin antibodies and were compliant with a gluten-free diet. They were studied as two groups: Group 1 had small bowel enteropathy indicative of coeliac disease, whilst Group 2 had no enteropathy and were classed as non coeliac gluten sensitive (NCGS).

As you can see in the charts above the range of symptoms in the two groups was incredibly similar demonstrating gluten ataxia to be a separate pathology to Coeliac disease. Furthermore there were roughly equal numbers of patients in each group with raised anti-tissue transglutaminase antibodies, underscoring the complex immune response to different forms of gluten related disorders.

In fact a study published in April last year [Rodrigo 2016] comparing gluten ataxia to coeliac and NCGS concluded that gluten ataxia should be classified as NCGS rather than a neurological form of coeliac. They came to this decision after comparing patients with each condition against a number of key markers as summarised in this table:

This might seem like rearranging the deckchairs, but by recognising gluten ataxia as non-coeliac gluten sensitivity it raises the scope and seriousness with which NCGS should be  treated and researched in the future.

Furthermore, the mechanism by which these neurological damage occurs is thought to be partly due to anti-gliadin antibodies cross reacting with synapsin-1 protein found in most neurons of the central and peripheral nervous systems. A recent survey of Coeliac patients in Sweden found they made twice as many headache-related healthcare visits as the general population [Lebwohl, 2016]

Coeliac disease in Columbia has been considered relatively rare (approximate rates of 0.5% are reported across Latin America) but this study found very high rates of self diagnosed gluten intolerance among the population. 1200 individuals took part in the survey. 8% of responders reported adverse reactions to wheat/gluten and 6% adhered to a gluten-free diet – the highest rate so far reported.

Columbia has had a wheat based diet for some time, but many Central American countries (Guatemala, El Salvador, Honduras, Nicaragua, Costa Rica, and Panama) are currently transitioning from mainly maize and cassava based diet. A paper published in Nutrients  [Amado Salvador Peña* and Jakob Bart Arie Crusius, Sep 2015] warns that the health systems in these countries are ill prepared for this transition

[these] changes permit a prediction of an increase of celiac disease and other autoimmune diseases such as type I diabetes and thyroid disease. The aim of [our] review is to… alert authorities responsible for the planning of education and health, to find possibilities to avoid a rise in these disorders before the epidemics start.

A common objection to our posts on gluten is that this is an issue for just a few people, a small percentage of the population, and does not affect the majority of people. A similar objection was made to Paola Bressan and Peter Kramer in relation to their paper which we quoted at the start of this post.

A commenter stated: “For most people, eating bread is fine.“

Bressen and Krammer’s response: “We are unaware of any scientific evidence for this assertion“

In part 2 we will look at the host of medical conditions that were linked to gluten, coeliac and NCGS in 2016…
SaveSaveSaveSave