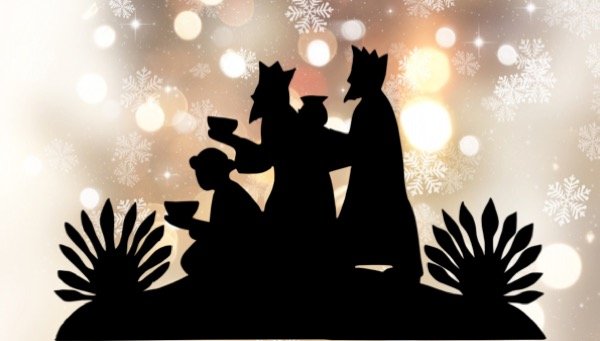 HAPPY CHRISTMAS TO ALL MY READERS AND PATIENTS!

Everybody knows the story of the three wise men bringing gifts of Gold, Frankincense and Myrrh to the infant Jesus in the Christmas nativity. There is plenty of symbology around these iconic gifts allowing a host of interpretations. What I want to focus on here are some very real medical uses of the herbs Frankincense and Myrrh, and if you allow me a little bit of poetic licence, Saffron (as gold)…

Whilst the metallic element, gold, does have some medical uses, as a Medical Herbalist I do not use it, so I am going to talk about the golden herb saffron, which can literally be worth its weight in gold. [Daily Mail: How an ounce of saffron is more expensive than gold: Cultivation of exotic spice returns to Essex for the first time in 200 years]

Saffron is made from the stamen of the saffron crocus (Crocus sativus). Each crocus produces just three of these delicate strands per year, and they must be laboriously picked by hand before drying, at the right temperature and duration.

When used in cooking – such as saffron loaf or saffron rice – it adds a strong golden colour and has a distinctive aroma and flavour. I always add half a dozen strands of Kashmiri saffron when making a small pot of special gunpowder green tea. When used medicinally it has serotonergic (mood enhancing) effects, is an antioxidant, anti-inflammatory, anti-convulscent, has anti-timor effects, neuro-endocrine (hormone engaging) influence and has neuro-protective properties [ref].
Here is some evidence of medical efficacy:

The widespread use of saffron as a culinary spice suggests it is safe at those doses. This superb paper, published in 2012 by an Italian team of researchers reviews the known biological effects of this amazing herbal medicine [ref] and it concludes: “To date, very few adverse health effects of saffron have been demonstrated. At high doses (more than 5 g per day), it should be avoided in pregnancy owing to its uterine stimulation activity.” Well that’s fine, as it is therapeutic well below that dose. It is a significant antioxidant and anti-inflammatory, and since these processes a known to be the drivers of most major diseases I think it worth revisiting the use of this herb more widely. The problem is just the cost!

As well as being burned for incense in religious ceremonies this gum distinctly medicinal. Chewing on bobbles of frankincense is good for mouth ulcers and gum disease, but tastes like soap or turpentine. Mostly it is therefore used either as an essential oil or powdered and encapsulated. One can also concentrate the 5-Loxin component to optimise the anti-inflammatory properties, as in one of the products I stock.

This traditional medicine of the Middle East has expectorant, antiseptic, and even anxiolytic (i.e. calming) and anti-neurotic effects as well as the well recognised anti-inflammatory ones. Indeed recent studies have shown it has analgesic, tranquilising, anti-bacterial and anti-tumour effects too, which gives it a role in the treatment of quite a range of common conditions. [ref]

The following medicinal effects come from a 2016 review:

There is considerable interest in the role of Frankincense gum in cognitive impairment as it has been shown to improve memory in animal models of Alzheimer’s [ref]. In fact recent studies have shown that it increases neurone formation in the hippocampus [ref], i.e. that part of the brain that is essential for new memory formation. A recent human study of cognitive impairment in multiple sclerosis found that it “showed significant improvement in visuospatial memory, but had no effect on verbal memory and information processing speed.” [ref]. I would not be using simply frankincense for dementia, as there are other very valuable measures that should be employed, but this resin, depending on the case, could play a significant role in a rounded treatment approach.

In my clinical practice I find Boswellia particularly useful in autoimmune disorders, and when inflammation suddenly occurs, such as polymyalgia rheumatica, for example, which can come on over night and cause severe joint pain, disability and exhaustion. The usual drugs used by doctors have real problems associated with them, as they are aimed at suppression of the immune system, which you cannot do without negative consequences, whereas taking a deeper look at what may have triggered the condition, and treating in a more thoughtful way with medicinal herbs, including frankincense, has been very successful to date with no long term adverse effects.

Another aromatic resin, myrrh, (Commiphora mol mol) also comes from the Middle East, in fact Yemen originally and it has been used in the Western Herbal Medicine tradition for hundreds of years. I prefer the alcoholic extract (tincture) to the resin itself for ease of use, and offer it as part of my Home Herbal set in a dropper bottle as shown above. It is part of the Home Herbal range of medicines that I encourage my patients to keep in their medicine cupboard at all times because it is so reliable, effective and practical to use.

Ten to twenty drops added to a glass of water makes an excellent gargle for sore throats, gingivitis (inflamed gums), receding gums, loose teeth, mouth ulcers, and as a general antiseptic mouth wash which can be swished between the teeth where toothbrush bristles may not reach. A few drops can be put onto the toothbrush along with toothpaste (or my favourite alternative – salt and sodium bicarbonate).

Tincture of myrrh can be dabbed neat onto small cuts or bites as it is strongly antimicrobial, antiseptic and astringent, thus helping to defend against any nasty bugs that can get in when bitten by a mosquito or whenever the skin barrier is breached, and as an astringent it helps bring swelling down [ref]. It has been used successfully in the treatment of intestinal worms, as have certain other herbs, most of which, like myrrh, taste bad (to humans and to worms, clearly)!

Myrrh has many similar properties to Frankinscence, including analgesia (pain relief), anti-inflammatory and anti-obesity properties [ref]. I find it has a vital place in the treatment of most infections, including gastroenteritis, ‘flu, colds, sore throats, bronchitis, pneumonia etc, as well as ulcers in any tissue (incl legs, stomach and mouth) and in arthritis. As an anti-inflammatory it has a role in cancer [ref] along with other herbs and dietary measures.

Apart from the above uses, myrrh has also been used in leprosy and syphilis too, which, though it may sound far fetched is quite reasonable. It is a powerful antimicrobial herb, so any bacterial infections can sensibly be treated with this age old defender of health, including common candida albicans and staphylococcal infections. They didn’t give it to the Messiah for nothing! In fact midwives used to dab myrrh onto the cut umbilical cord of new born babes in the less hygienic environment of the past [ref].

So, in wishing all my readers and patients a very Merry Christmas, I also want to encourage you to use your gold, frankincense and myrrh as wisely as those three wise men. Or rather, if you have any sort of medical problem or niggle, book an appointment with me and we will see what how best to approach it using medicinal herbs and nourishing foods. Chances are you will find me to be a wise woman too.