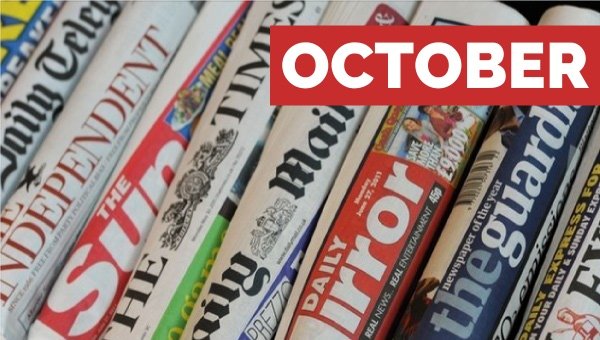 In this month’s round up:

6 million Britain’s deficient in vitamin B12
Hello Magazine (September 22nd) has an excellent article on vitamin B12 deficiency. In fact it wins our prestigious quote of the month award:

Vitamin B12 deficiency is a worldwide problem, yet it remains largely under the radar. In the UK, around 6 per cent of people under 60 and close to 20 per cent of those aged 60-plus are B12 deficient. In fact, it has been estimated that nearly six million Britons are deficient, while some experts believe the true figure to be far greater. That means millions of us could be feeling unwell but completely oblivious to the fact that vitamin B12 deficiency is to blame.

I know it is only Hello magazine, and the solution suggested (see your GP and get diagnosed) is not going to work for a large proportion of those who fall into this category, but it is a start.
I now need to just rattle off some of the problems re B12 testing and treatment, since this subject has come up this month:

Revealed: Major American Health and Patient Groups funded by Big Soda
Medpage Today (October 10th)  report that major Health advocacy groups have been accepting funding from Coca-Cola Company and PepsiCo for years, calling into question the impartiality of their advice.
Among the 29 groups identified the big-hitters include: the CDC (Center of Disease Control), the American Diabetes Association, the American Cancer Society, the American Heart Association, and the American Academy of Pediatrics.
Diet Drinks linked to increased Diabetes
The Telegraph (October 21st) says ‘Two fizzy drinks a day could double the risk of diabetes – even if they are diet versions – a Swedish study has found.’
Soda tax in USA working better than expected
Calls for a sugar tax have so far been resisted in the UK, but reports of its success in the USA might make them have to think again. Reuters (28th October).
Bone Broth ‘eased my aching joints’
The Telegraph (October 10th) Covers a personal account of how bone broth helped a fibromyalgia sufferer who was trying a low-oxalate diet:

With “nothing to lose,” Jules … began drinking bone broth as a soothing, low oxalate source of energy. “After a few weeks, I felt 90 percent better,” she says.

Not totally impartial though, as she and her husband are producing freeze-dried bone broth (a stock cube to you and me), which are availalble through Ocado, so have a commercial interest. Ah well.
Bone broth is indeed a true ‘super food’ if made properly, i.e. organically raised bones (lamb, beef, chicken etc), water, sea salt and the all-important ingredient vinegar (wine or cider) as this is what extracts all those bone minerals. Simmer for hours (don’t let it boil dry, top it up with more water and use a lid), remove bones and jar up or freeze in bags. Do not skim off the fat, this is highly nutritious. Bone broth is a wonder food to use in many dishes or on its own.
NSAIDs linked to increased Heart Failure
MedPage Today (September 29th) reports on a BMJ published study that found patients admitted to hospital with heart failure had an increased likelihood of having used non-steroidal anti-inflammatories in the prior 14 days.
Ketogenic diet reduces incidence of migraines
Science Alert (October 21st) reports on a study that found a significant reduction in the number of headaches among sufferers placed on a high-fat low-carb diet. Whilst both arms of the study had reduced headaches, those in the treatment arm had fewer headaches, with the number of days of headaches per week reduced by more than four-fifths (80%) 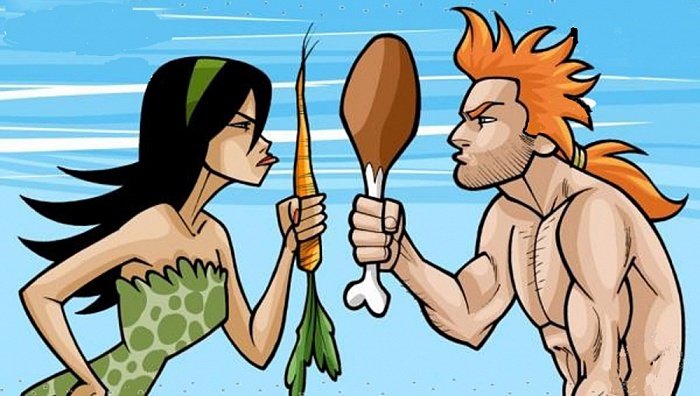 Ten-year Study finds no difference in heart disease risk among vegetarians and meat eaters (but a nutrition ‘expert’ can’t believe it!)
WebMD (October 18th) reports on a study that looked at the U.S. National Health and Nutrition Examination Survey from 2007 to 2010. It included nearly 12,000 adults age 20 or older. Of those, 263 – 2.3% – followed a vegetarian diet.

Artificial light in homes and offices linked to lethargy and carb craving
The Mail Online (28th October) reports on several studies and a survey that indicate lack of proper daytime lighting has implications for health.
Not just the gluten in grains that cause health problems
As we have explained in a previous post, there are other components in wheat and other grains that can cause health issues for many people. New research confirming this is covered in Medical Daily (31st October)