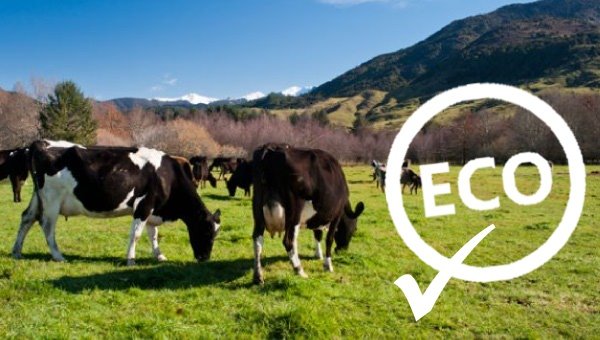 You will often hear the mantra that a plant-based diet is the only option for feeding an ever growing world population. The argument is that you can produce more calories per acre by growing cereal grains or soy than you can from animal food systems. Jonathan Porritt writing in the guardian made a related point when he said:

The basic rule of thumb is that it takes 2kg of feed to produce every kilogram of chicken, 4kg for pork, and at least 7kg for beef.

It’s an argument loved by vegetarians and vegans and is regularly trotted out in an attempt to convince governments and the public to reduce meat consumption. Anyone with a green conscience will no doubt have been swayed by the force of such logic. I certainly know people who have reduced their consumption of animal products purely for environmental reasons such as these.

Personally, I have for a long time suspected that the metric of ‘calories per acre’ was somewhat arbitrary as humans need more than just calories. Another limitation of the standard grain v animal protein argument is that real farms have to rotate crops to avoid build up of pests and depletion of nutrients. So they can’t grow grains year after year anyway. Also, grains can only be grown through part of the year, whereas livestock can continue producing through the winter – especially dairy. Furthermore, forage crops that are suitable for animal fodder can be grown in the winter. Another oft-ignored fact, relevant to the Porritt claim above, is that most animal feed is produced from crops that are unfit for human consumption – for example where wet seasons have led to fungal damage.

What the new study found

In a paper, currently in peer review, Graeme D. Coles and Stephen D. Wratten of the Bio-Protection Research Centre, Lincoln University, New Zealand, along with Editor-in-Chief of the European Journal of Agronomy John R. Porter of the University of Copenhagen, Denmark, analyse a range of farm production systems (wheat, corn, dairy, pork, beef) for their ability to provide both the energy and protein needs of a population. Here are a couple of quotes from the paper:

We conclude that mixed dairy/cropping systems provide the greatest quantity of high-quality protein per unit price to the consumer, have the highest food energy production and can support the dietary requirements of the highest number of people, when assessed as all-year-round production systems.

This challenges the claims of those who argue that a global diet consisting entirely of plant-derived foods is the most efficient way to meet the dietary needs of the world’s population.

Particular strengths of their analysis, and what set it apart form previous work, include:

How protein changes the picture

The study makes two very good points about protein – one I already knew, but the second has stimulated a whole lot of exciting new ideas – some of which I will discuss below.

Firstly, as is widely recognised, grains cannot provide the full range of amino-acids, being generally deficient in lysine, and depending on the species other amino acids as well. To improve the amino acid profile of the diet, grains can be consumed with suitable legumes which tend to be deficient in different amino acids. However, when the study authors analysed various grain and legume systems, as well as soy beans, (which provides complete protein) they found that in each case dairy systems with supporting forage crops came out top for cost, energy and protein production.

Secondly, when considering farming systems that provide both adequate protein and calories there is inevitably going to be an excess of one or the other. In other words, food production systems that provide adequate calories as well as protein fall into two groups: those that produce an excess of non-protein calories, and those that have an excess of protein. The latter systems are more efficient, as excess dietary protein can be converted in the body to calories, whereas excess calories cannot be converted to protein. This is a very important argument worthy of considerable reflection.

The only way round this would be to process the grains and legumes (by removing some of the starch for example). You see this in vegan food products which often contain pea protein, wheat protein (gluten) or soy protein, as in the example below.

Before anyone points out that many vegans avoid such highly processed products, let me be clear the argument I am making does not hinge on such foods. The point is that like everyone else vegans must consume adequate protein to stay healthy, and because of the protein:calorie imbalance in plant foods they have to deal with an excess of calories. To get their protein they must either consume these calories (in which case there would be more obese vegans), or they are being removed earlier in the supply chain. In the latter case where do those non-protein calories go?

Where crops are relied on to provide a populations protein there will inevitably be an excess of the low-protein, high-calorie fraction – mostly starches. These will either needs to be dumped or used as animal feed – either way there is an inevitable waste of human-grade food stuff. Yet without removing these non-protein food calories from the human food supply there are only two possible outcomes for the population: obesity or protein deficiency.

This is an inescapable logic, and vegans can only hide from it because they are a minority in a large and somewhat wasteful system that prevents them being faced with the consequences of their choices. To achieve their protein needs good food must go to waste or supply animal husbandry or contribute to the obesity epidemic. All of this tarnishes their eco-halo somewhat doesn’t it?

Having wandered somewhat from the study itself into musings about plant proteins and obesity, I’d like to share some further thoughts about animal compared to plant protein stimulated by Denise Minger’s recent post critiquing the book proteinaholic.

Protein in general, regardless of its source, is highly satiating compared to fat or carbohydrate. Multiple studies have shown that high protein meals lead to people feeling fuller for longer, snacking less often and generally finding it easier to reduce their calorie intake.

However, along with reducing excess calorie intake, protein consumption also increases daily energy expenditure by raising the basal metabolic rate. The mechanism for this appears to be through the upregulation of uncoupling protein in the mitochondria, leading to a diversion of energy into heat production rather than ATP formation. This thermogenic effect means that for the same calorie intake, replacing carbs with protein can increase resting energy expenditure by about 5% – a huge metabolic advantage equivalent to consuming 100 Calories fewer each day. Couple this with the fact that the body is highly inefficient at converting excess protein to fat and we can begin to see why protein is such an important aspect of the diet.

A further interesting aspect of the protein story is that different sources of protein have different thermogenic benefits. A study published in The American Journal for Clinical Nutrition found that animal protein (pork) increased thermogenesis twice as strongly as plant protein (soy).

The points I have covered in this post provide compelling evidence that a plant based diet cannot be the solution for a rising world population. Further moves in such a direction will be wasteful and threaten ever more obesity. Dairy farming and other sustainable animal husbandry look like being an essential part of food security. The political dominance of the save-the-world plant-diet eco-meme, however, threatens to keep this understanding hidden from view.

25 thoughts on “Study: dairy, not plant based diets is the best way to feed the planet”