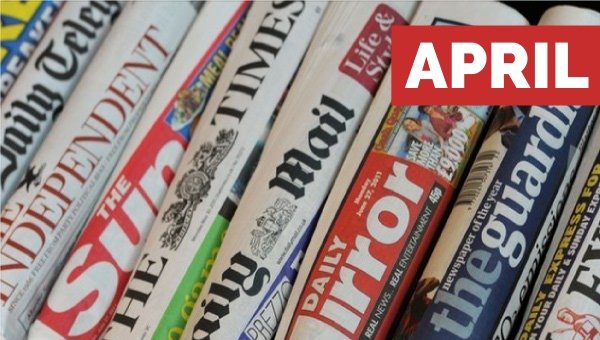 With the arrival of D-Day in the UK, we can all begin to manufacture this essential vitamin by getting outdoors and baring our skin to the sunshine close to mid-day.

U.S.News (4th April 2016) reports on a recent study where 35 obese postmenopausal women followed a Paleo diet for two years. Despite having no limit on calories these women lost weight and had improved metabolic markers. MedPage Today (7th April 2016) also covered the study.

This is a bit technical but important. Gastroenterology and Endoscopy News (19th April 2016) – not a news site you often read I imagine! – reports on a study that finds gut permeability molecule zonulin is raised in many GI diseases. This extends some of the research in our post Why no one should eat grains. Part 3: Ten more reasons to avoid wheat, where we report that gluten increases gut permeability in everyone.

Much of the metabolic damage done by sugar is laid at the door of fructose which makes up 50% of normal table sugar (sucrose). High fructose corn syrup may have closer to 55% fructose, so has attracted even greater criticism. For more detail the Daily Mail (September 2015) had an excellent science piece on the metabolic effects of fructose compared to glucose. This month, however, two studies appeared in the press, but chances are you didn’t see them.

First, Science Daily (April 20th) reported on a study where female rats were fed water sweetened with 10% fructose throughout pregnancy. Their offspring were fed normally, but by rat middle age “both female and male offspring in the fructose group had higher peak glucose levels and higher blood pressure. Female offspring of the fructose group also were heavier and had higher percentages of abdominal fat tissue, liver fat and insulin resistance as well as lower concentrations of leptin compared with their water group counterparts.” The paper title says it all: High-fructose diet in pregnancy leads to fetal programming of hypertension, insulin resistance, and obesity in adult offspring. Put down those fizzy drinks ladies and step away from the cakes.

Second, a study from the University of California Los Angeles appeared on many news websites but has not yet made it into the mainstream UK press (UCLA press release 21st April 2016). It showed that fructose led to the switching on of genes in the brain associated with Alzheimer’s, Parkinson’s, depression, bipolar disorder, ADHD and other brain diseases. Remarkably, the addition of omega 3 fish oils (DHA in this report) completely reversed these epigenetic changes.

In our post The chemical warfare on your plate we examined how the natural toxins in fruit and veg explain their health benefits through the process of hormesis. NPR’s The Salt (26th April 2016) has a nice article looking at the health benefits of eating misshapen or ‘ugly’ produce, as these ‘stressed’ veggies contain higher levels of these valuable secondary metabolites. Homegrown or wild foods, of course, would be even better, but it is a reminder that simple shopping choices can make a real difference – don’t put back the blemished apple!

Bone broth in the news

The Mail Online (27th April 2016) gives us the TOP FIVE PANTRY STAPLES, according to TV chef Scott Gooding, which includes some great culinary/medicinal herbs too:

One of our first public talks focussed on fermented foods and gut health. In it we pointed out that gut health is improved by consuming probiotics (foods containing live gut bacteria such as live yoghurt), prebiotics (foods containing fibre or other nutrients that feed your good bacteria) but also non-live fermented foods as it seems many gut microbes feed off the fermentation products of other microbes.

Pasture fed beef and dairy in the news

The Guardian (17th April 2016) has a good article, explaining why pasture fed livestock is the ‘new organic’. Forbes (29th April 2016) has its own take if you want another angle. On a related note, I recently came across a study published in the British Journal of Nutrition (August 2014) which found that mice fed cream from pastured cows compared to standard cream, had lower inflammation, triglycerides and adipose fat, which they suggest may be due to the higher levels of omega-3 fats in pastured cream.

Quote of the Month

Chancellor George Osborne, who apparently uses the 5:2 diet to help with weight control jokes in the Times (29th April 2016):

In two out of every five budgets I eat my words

The Telegraph (1st May) has a barrow load of great salad recipes under the theme ‘the world’s best salads’ (if only the British sun can stay out long enough to make us want to eat cold food!). They are grain free, look delicious, but perhaps a little too fussy? Let me know if you try them!