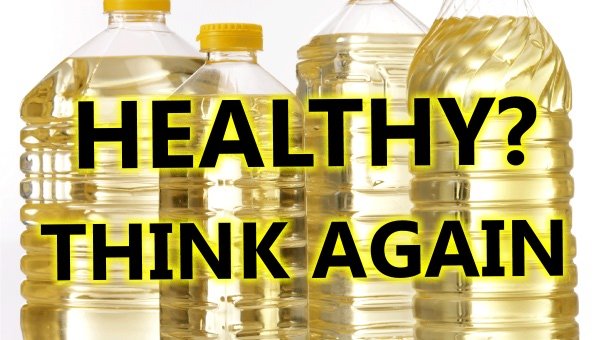 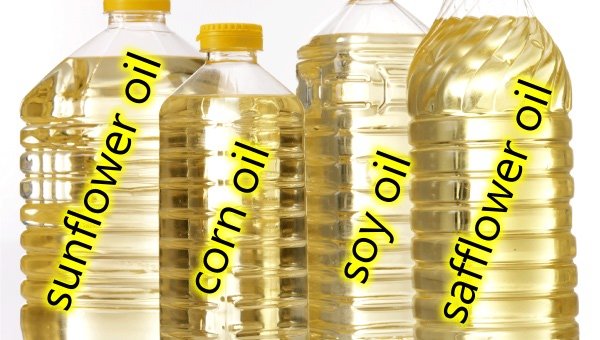 Researchers from the University of North Carolina and the National Institutes of Health have revisited data from c.1970 that casts doubt on the traditional “heart healthy” advice to replace butter and other saturated fats with vegetable oils high in omega-6 fats. A re-analysis of the data suggests that high omega-6 vegetable oils may actually increase heart disease and all-cause mortality.

Their findings have just been published in the British Medical Journal in a paper titled: “Re-evaluation of the traditional diet-heart hypothesis: analysis of recovered data from Minnesota Coronary Experiment (1968-73)” (Full Text)

Lead researchers Daisy Zamora of the University of North Carolina and Christopher Ramsden of the National Institutes of Health performed a similar analysis in 2013 on another set of unpublished data from the Sydney Diet Heart Study (1966-73), which lead them to similar conclusions, adding pressure to change dietary advice on the use of these oils.

The original Minnesota Coronary Experiment which the recent BMJ paper is based on, was by far the largest experiment ever undertaken to test whether replacing traditional fats (like butter, lard and dripping i.e. beef fat) with vegetable oils (such as corn oil and sunflower oil) high in the omega-6 linoleic acid, would lead to improved heart health and reductions in mortality. The study was designed to test the ‘diet-heart hypothesis’, which states that saturated fat raises cholesterol, and raised cholesterol increases the risk of fatal heart disease.

Whilst it had been shown that replacing saturated fats with vegetable oils lead to a reduction in blood cholesterol levels, it had not been shown that this in turn lead to better health outcomes. The Minnesota Coronary Experiment was designed to test this key step in the die-heart hypothesis.

The experiment was conducted on institutionalised patients who’s meals were highly controlled. It involved 9423 women and men aged 20-97 who were residents at either nursing homes or state mental hospitals in Minnesota, USA. Patients were randomised to either the normal (high saturated fat, low omega-6) diet, or a low saturated fat, high omega-6 diet – primarily by substituting butter for corn oil in the meals the institutions provided.

The study was a double blinded, parallel group, randomized controlled dietary intervention trial, “designed to evaluate the effects of increasing n-6 linoleic acid from corn oil in place of saturated fat for primary and secondary prevention of cardiovascular events and deaths, and for reducing the degree of coronary, aortic, and cerebrovascular atherosclerosis, and the number of myocardial infarcts and strokes detected at autopsy.”

The results, which for some reason were not published until 1989, more than 15 years after the experiment finished, clearly showed that substituting saturated fats for vegetable oils decreased serum cholesterol. However, the data showed “no differences between the treatment and control groups… for cardiovascular events, cardiovascular deaths, or total mortality.” [ref] This was unexpected and went completely against the prevailing theories and public policy of the day. The awkwardness of such a finding may go some way to explaining the delay in publication and the fact that much of the raw data was omitted from the paper.

Part of the new study published this month, has involved tracking down and re-analysing that raw data. Fortunately, some of it was published in a rather obscure 1981 masters thesis by statistician, Steven K Broste, but it languished unacknowledged and unreferenced until the recent re-analysis. Helpfully, Broste was able to participate in the recent re-analysis and is one of the named authors of the new BMJ paper. 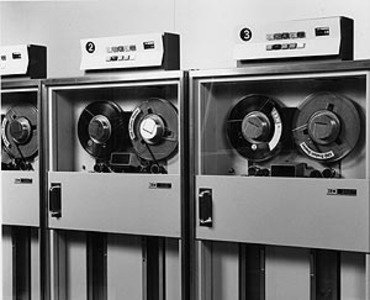 Another large chunk of data has been recovered from the original magnetic computer tapes and more may be recoverable in future.

[Computer storage in the 1970’s consisted of state-of-the-art magnetic tapes like these IBM machines, right]

As well as recovering a large percentage of the  original data, Zamora and Ramsden’s team have been able to apply modern statistical tests and computer number crunching which were not available in the 1970’s and 80’s. Here is what they found…

Results of the reanalysis

Below are graphs from Broste’s thesis, showing the the cumulative mortality among patients aged less than 65, and those aged over 65.

What we can see is not simply that the high omega-6 vegetable oil diet (blue) failed to improve mortality compared to the high saturated fat diet (red), but that among subjects over 65 vegetable oils appeared to significantly increase mortality.

The authors of the BMJ paper point out some important points relevant to interpreting these graphs. The original study design was careful to use only liquid corn oil and soft vegetable margarine, deliberately avoiding hydrogenated fats. By comparison, the control diet was high in industrial tras-fats (found in artificially hardened margarines) – which are now recognised as particularly unhealthy. We can hypothesise that if the control diet had been equally low in unhealthy trans fats that the difference between these groups would have been even more marked.

The number, proportion, and probability of death increased as serum cholesterol decreased [which] does not provide support for the traditional diet-heart hypothesis.

The authors go on to consider why this might be, and argue that whilst vegetable oils clearly reduce LDL cholesterol, they may simultaneously make those LDL particles more susceptible to oxidation. Oxidised LDL is now considered a major factor in heart disease. Furthermore, they argue that linoleic acid leads to increased susceptibility to oxidative damage throughout the body and that this may be especially damaging for smokers, heavy drinkers and the elderly.

This graphic from the BMJ article neatly sums up the shifting perspectives on high-linoleic vegetable oils:

We have, for years, been recommending that our readers and Afifah’s patients ditch the vegetable oils and use butter, ghee, lard, dripping, coconut oil, avocado oil and extra-virgin olive oil instead. Looks like others are working it out too.

For more on vegetable oils and health check out our previous posts: