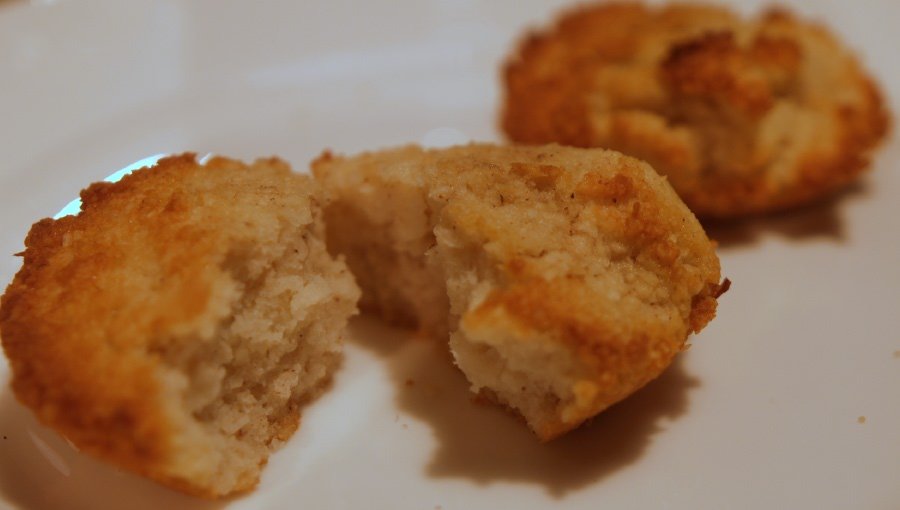 I’ve never been a big fan of coconut macaroons, mainly, I think, because of the fibrous texture of dessicated coconut strands. So it was a revelation when my daughter made me these little cakes one evening. Because the dessicated coconut had been ground down to a coarse flour the resulting texture was far more like a moist cake. The hint of cinnamon could almost be missed, but it gave a distinct ‘baked goods’ aroma that only added to my surprise – “Really? These are made with coconut?”. I was intrigued.

The next day I made a batch myself and shared them with appreciative colleagues at work. Here’s what I did… 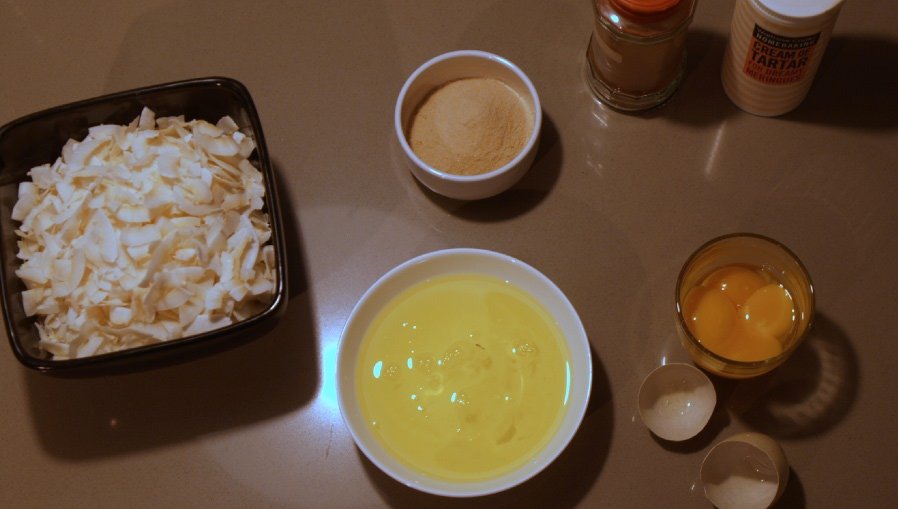 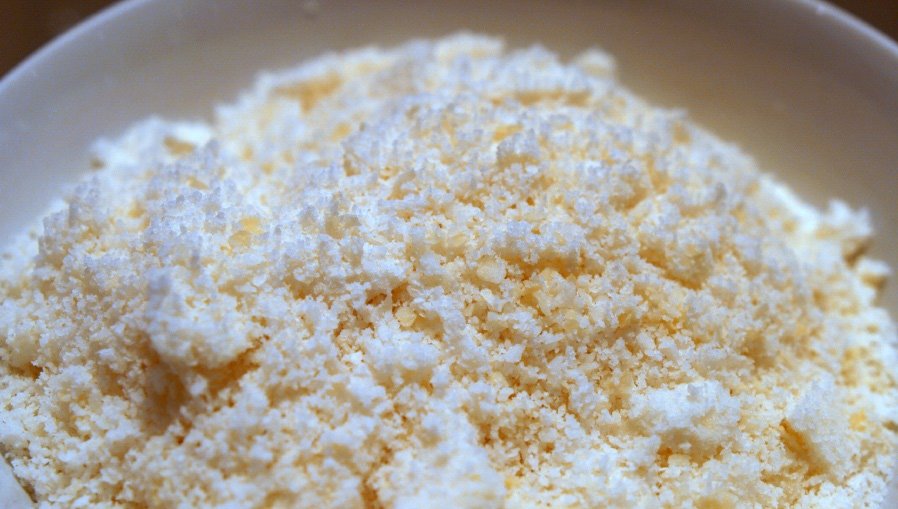 In a clean dry bowl whisk the egg whites until they form soft peaks. 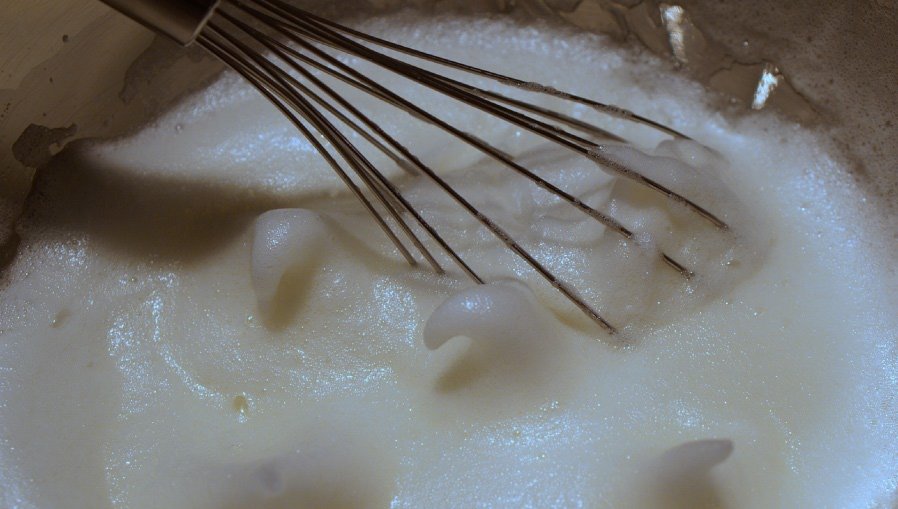 One at a time, add the sugar, the coconut, the cream of tartar and the cinnamon a little at a time folding them in so that they are thoroughly mixed without beating too much of the air out of the mixture. Don’t worry – the volume of the egg will inevitably reduce – that’s OK.

You can bake these in a fairy-cake tin, muffin tray, individual paper cup cake cups or as dollops on parchment on a flat baking tray. In all cases grease well so your macaroons come out easily.

Spoon the mixture, which should be fairly stiff, not runny, onto your baking tray. I used a knife to gently press them into shape. 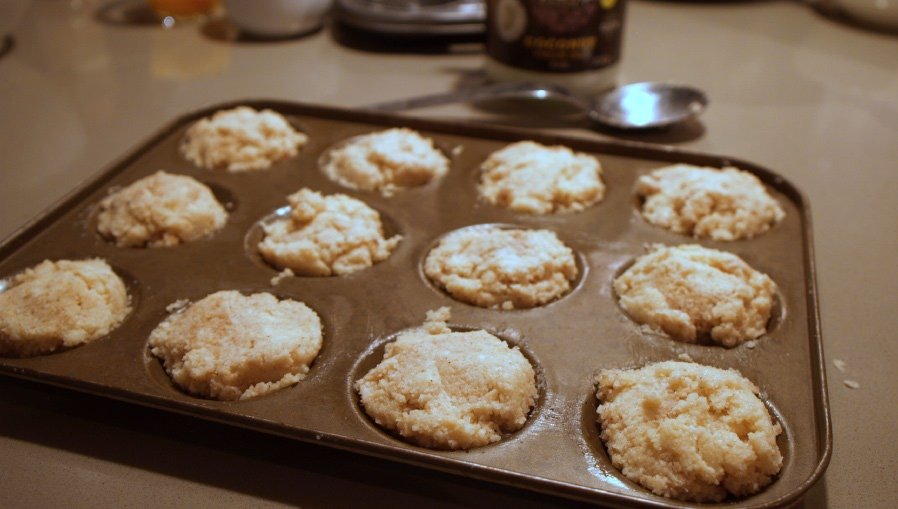 Pop them in the preheated oven for 15-20 minutes. Check towards the end: when done they should be golden but not too brown. 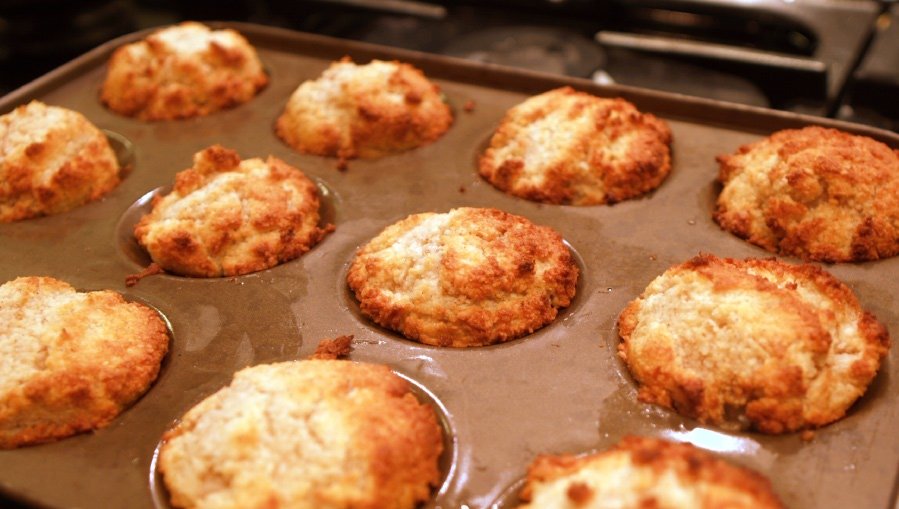 Leave in the tray to cool for 10 minutes then carefully transfer to a wire rack to cool. 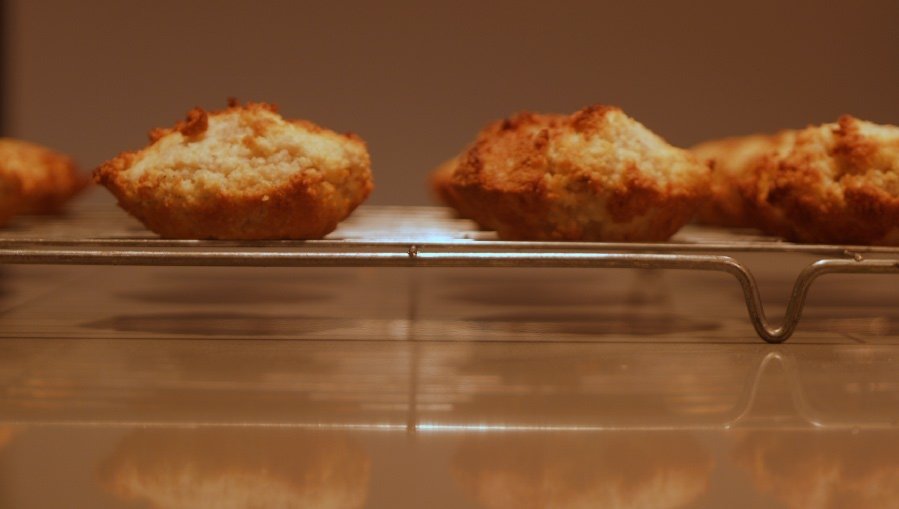 The finished articles should have a good crumb, yet be moist on the inside. Best eaten fresh, but they can be kept in an airtight container for a couple of days. If refrigerated they will harden somewhat, so we think they are best eaten quite soon after they have been made. 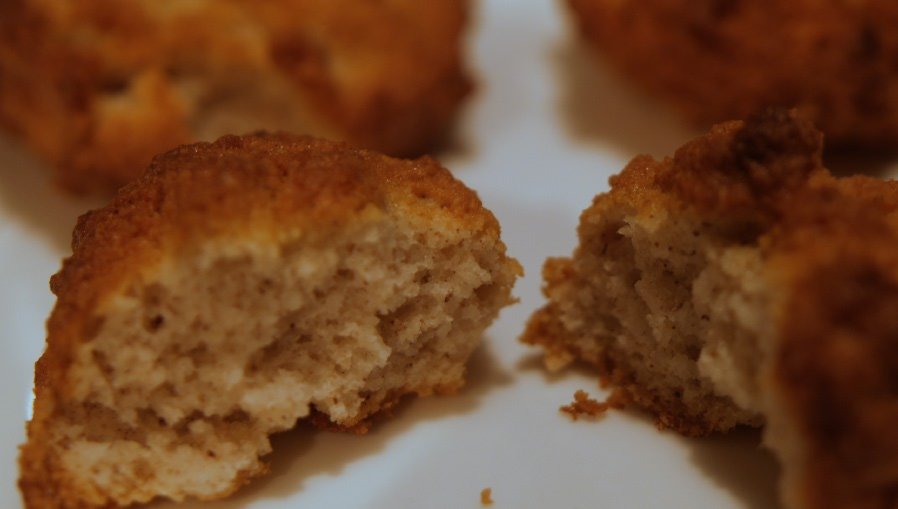 There are lots of variations to play around with here. I’m looking forward to trying saffron, other sweet spices like nutmeg, allspice and mace or perhaps even caraway seeds?

Compare these with typical supermarket varieties which contain only half the coconut but over four times the sugar content – P:1g   C:16g    F:6g   E:120 KCal