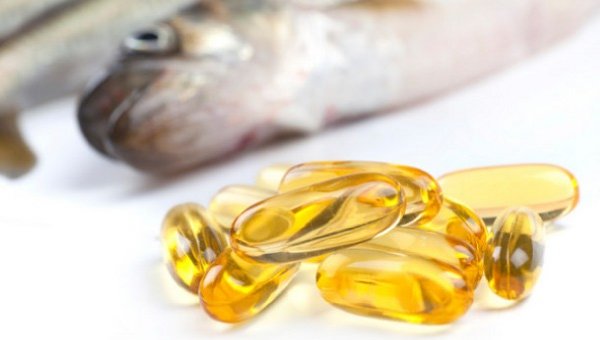 Their is a great deal of research coming out about the essential polyunsaturated fatty acids (PUFAs) and I want to share some of the latest papers with you. 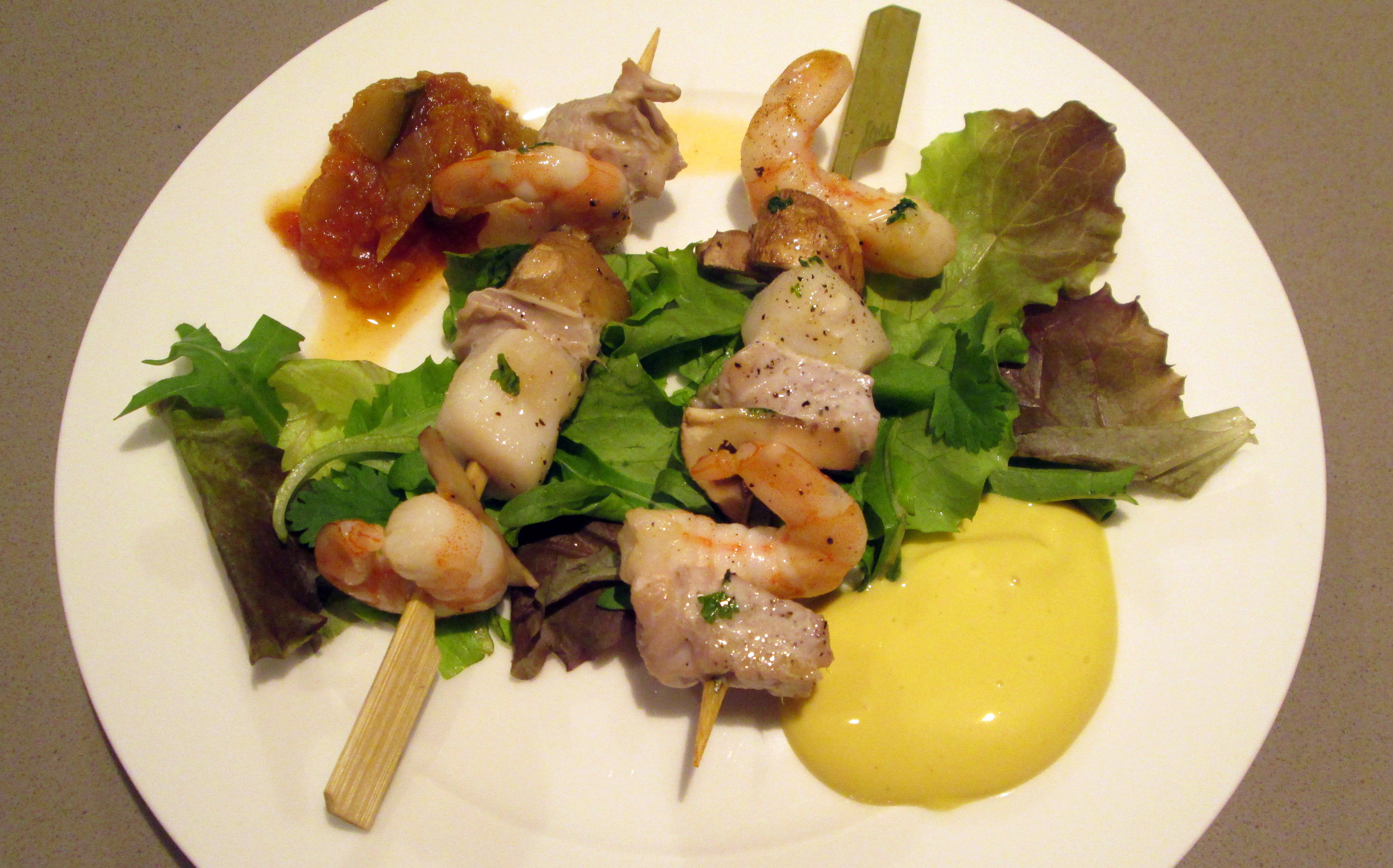 Hunter-gatherer diets based around wild foods contained roughly equal proportions of omega-6 and omega-3 PUFAs. By comparison, modern diets tend to be deficient in omega-3 but with an excess of omega-6 oils.

There are two families of essential polyunsaturated fatty acids (PUFAs) that are needed in the diet. The main source of omega-3 PUFAs in the human diet is from oily fish and shellfish (DHA and EPA) but the short-chain precursor (ALA) is found in significant quantities in some nuts (e.g. walnuts) and seeds (e.g. linseed). The omega-6 PUFAs are found in modest quantities in fish and meat (AA), whilst the plant-source precursor (LA) comes mainly from grains and vegetable oils.

Modern hunter-gatherer diets, as well as historical pre-agricultural diets, are believed to have provided roughly equal proportions of these two PUFAs. A shift to eating more processed foods over the last 100 years has led to the typical western diet being deficient in omega-3 whilst the quantity of omega-6 has increased enormously. Changes in animal husbandry – especially through using soy and grains as a food source rather than grass – has led to a similar imbalance in PUFAs in meat, eggs and farmed fish.

A detailed explanation of these essential dietary PUFAs can be found in the first half of the video of our seafood talk below.

It is a miracle of modern medicine that very prem babies now survive where once they would have simply died. The most common complication, however, is bronchopulmonary dysplasia (BPD), a chronic lung disorder of infants and children first described in 1967. It is more common in infants with low birth weight and those who received prolonged mechanical ventilation to treat respiratory distress syndrome.

As our video above explains, omega-3 fats are critical during pregnancy as they are pivotal in the baby’s brain development. This critical period of omega-3 intake is further underscored by the work in this paper which found that a high omega-3 PUFA diet reduced the damage of BPD in rats. Omega-6 supplementation failed to reduce the damage.

The authors conclude: “In clinical settings, maternal PUFA omega-3 supplementation during pregnancy and during lactation may prevent BPD development after premature birth.”

This paper examined whether the benefits of a low omega-6 to 3 ratio would still be evident if the principal source of omega-3 fats came from plant sources (ALA) instead of the more usual fish oils (EPA and DHA).

Rats were given one of three diets with omega 6 to 3 ratios of 1:1, 5:1 and 20:1. That’s a pretty good range, as 1:1 is close to our long-term evolutionary diet, whereas 20:1 is close to the typical western diet. It’s good they included a 5:1 ratio as this is an achievable goal if you cut out omega 6 vegetable oils (e.g. sunflower & corn oil).

So what did they find?

These results fit nicely with the simple idea that omega-6’s are pro-inflammatory, whereas omega-3’s are anti-inflammatory. So put down that pot of sun-dried tomatoes in sunflower oil and pick up that Alaskan wild salmon steak!

This is an important paper for anyone suffering from an autoimmune disease. The researchers wanted to find out how long-term supplementation with omega-3 PUFAs affected regulatory T-cells (Tregs). These immune-modulating cells actively suppress immune system over-activity and prevent pathological self-reactivity, i.e. autoimmune disease.

It is very interesting, therefore, that in this paper researchers showed that omega-3 (DHA) increased Treg production in a dose-dependent manner. Unfortunately, this was only demonstrated in the test tube – how it will pan out in humans remains to be seen. But it suggests that an increased omega-3 intake may help prevent or treat autoimmunity.

The researchers also studied the benefits of omega-3 on liver damage in mice, as a deficiency of Tregs is recognised as playing an important role in the development of autoimmune hepatitis and has effects on hepatocellular carcinoma and liver transplant.

This is a great review of the important role played by vitamin E in relation to dietary PUFAs.

PUFAs are naturally prone to oxidation – we all know how oils, nuts and especially fish oils go rancid – yet the omega-3’s and especially the long chain EPA and DHA are rapidly incorporated into cell membranes. To prevent them from causing oxidative damage these molecules are effectively chaperoned by the antioxidant α-tocopherol, which is the most important of the eight vitamin E isoforms. Hence, it is important to include sufficient vitamin E-rich foods to ensure dietary PUFAs do not lead to increased oxidative stress.

The paper also points out that low levels of α-tocopherol during embryo growth limit the amount of DHA and AA that can be incorporated in the brain. Another newly identified function of membrane vitamin E is that it promotes cell membrane repair.

Apart from green leafy vegetables, some of the best sources of vitamin E are seeds and nuts. Unfortunately, when seed oils are refined the vitamin E is removed. Consequently, unrefined, extra-virgin and cold-pressed oils are best. Extra-virgin olive oil and cold-pressed rapeseed oils are suitable. Compared to refined oils they have distinctive flavours imparted by the presence of phytonutrients that refining removes.

Fortunately, as well as having a better PUFA balance, grass-fed meat, game and wild fish generally have higher levels of vitamin E than their intensively farmed equivalents. In the case of grass-fed meat, vitamin E levels have been found to be up to 4 times higher.

So, how much vitamin E do we need? Raederstorff et al point to research suggesting that “a vitamin E: PUFA ratio of 0·6 mg RRR-α-tocopherol for each gram of PUFA is necessary to protect against vitamin E deficiency.” Taking a look at Wild Atlantic Salmon, I find that 4oz serving contains 1.44 g of PUFAs and 1.04 mg α-tocopherol equivalent, giving a ratio of 0.72 mg/g, whilst extra virgin olive oil has an even better ratio of 2 mg α-tocopherol equivalent per gram of PUFA.

It has previously been shown that mothers delivering pre-term babies have lower levels of omega-3 in their blood and higher levels of omega-6. This study set out to establish if supplementation would reduce the risk of pre-term delivery.

Women at 20 weeks pregnancy were randomly assigned to 300 or 600 mg DHA per day, olive oil (placebo) or given dietary advice to increase intake of dietary sources of omega-3 PUFAs.

There was a significant increase in the gestational length with increasing DHA supplementation, with an average increase of 4 to 4.5 days in the 600 mg DHA per day group.

I was pleased to see a section of this paper making the point that fish oil and DHA supplements are not as effective as eating fish. In fact I think it’s worth quoting the whole section here:

Overall, small to moderate fish consumption has a greater impact on preterm delivery than fish oil supplements. Studies of FO supplementation had greatest effects on women who eat little or no fish and tend to have no effect on gestational length in women with high baseline intakes of fish. FO or DHA supplements may not fully take the place of eating fish. In the maternal-fetal network study, moderate fish intake decreased risk for reoccurrence of preterm birth, although the fish oil supplement did not. One reason may be that fish contain Vitamin D. Vitamin D deficiency has been associated with an increased risk for pre-term delivery. Fish contain DHA, Vitamin D, and other nutrients which may be more effective than FO or DHA alone in reducing preterm delivery and promoting optimum neurocognitive development. For this reason, the 2010 Dietary Guidelines for Americans recommend that pregnant and breastfeeding women consume 8 to 12 ounces of fish per week.

To get a better understanding of how the full range of nutrients in fish contribute to health, and to choose fish and seafood with low levels of mercury, watch our video: