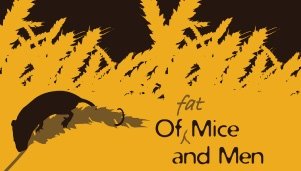 Cardiologist William Davis has been accused of stirring up unnecessary fears over gluten when, in his New York Times bestseller Wheat Belly, he claimed that wheat causes obesity, heart disease and a host of other metabolic and digestive problems.

The Washington post, for example, recently challenged Davis ideas in an article entitled The truth about gluten-free, paleo and other diet books. They quoted Lawrence Cheskin, director of the Johns Hopkins Weight Management Center and associate professor of health, behavior and society at the Johns Hopkins Bloomberg School of Public Health, who said “The problem with [Davis’] premise is that there’s little evidence to support it.”

Well Cheskin and other detractors may have to eat their hats as a study about to be published in the prestigious International Journal of Obesity – the leading obesity journal in the Nutrition & Dietetics category – provides direct evidence that gluten does indeed induce weight gain independent of its calorie content.

The study by Brazilian researchers at Federal University of the Minas Gerais, Department of Biochemistry and Immunology, builds on earlier work in which the group showed that mice fed a gluten-free diet had less weight gain than mice eating the same caloric quantity of gluten-containing food.

It their latest investigation they went  further, investigating the metabolic and lipid effects of gluten-containing diets to uncover how gluten exerts its obesogenic effects

In their study they used four groups of mice. Two groups were fed either standard rodent chow, or a high-fat (obesogenic) diet. Groups three and four were given the same two diets, but with 4.5% of the calories replaced with pure gluten.

In both cases the gluten-containing diets led to greater weight gain than their gluten-free counterparts, and this was not due to differences in the quantity of food they consumed as all four diets contained the same number of calories. The only difference was the presence or absence of wheat gluten.

In recent years the dogma that “a calorie is a calorie” has started to be challenged, with critics arguing that some food calories contribute to obesity more than others. Whereas, adherents, including most national health authorities and heart disease and obesity charities, have stuck to the claim that weight gain is simply a consequence of consuming too many calories and their source is immaterial. This study, however, clearly demonstrates that calories from gluten-containing diets do indeed produce more weight gain than those from equal energy gluten-free diets.

To understand why the mice were responding to gluten like this the researchers examined their subcutaneous and brown fat deposits at the end of the experiment. Whilst subcutaneous fat’s primary role is for energy storage, brown fat’s main function is heat production (thermogenesis). Brown fat is associated with lower body weight because it has the ability to turn calories directly into heat. White, subcutaneous fat can do this too, but at a much lower rate than brown fat.

What the researchers found was that thermogenesis was increased in the gluten-free groups, but down-regulated in the gluten fed groups. Put simply: gluten caused more calories to be stored as fat and fewer to be burned off as heat. Gluten changed the metabolic fate of the food calories.

Whilst both the standard and high-fat diets produced more weight gain when gluten was included, other effects of the gluten varied between the two diets.

In the high fat diet, gluten led to reduced adiponectin, peroxisome proliferator-activated receptor (PPAR) α and PPARγ and hormone-sensitive lipase – indicative of a metabolism geared for higher levels of fat storage rather than fat burning. To illustrate the role of these markers of fat metabolism, consider the fat hormone adiponectin, lower levels of which are associated with insulin resistance, dyslipidemia, and atherosclerosis in humans [ref].

By contrast, in the standard (relatively high-carb) diet, the addition of gluten increased levels of the cytokines interleukin 6 (IL-6) and tumor necrosis factor alpha, (TNFα) – both involved in inflammation. Interestingly, TNFα is released during invasion by a pathogen, and there are many similarities between gluten and pathogens (see Bethune and Khosla’s paper)

Finally, the researchers fed the mice radio-labelled gluten, to trace where it was ending up in the body. They found deposits in the blood, liver and visceral adipose tissue – sites far from the intestines where gluten is usually thought to act.

It is worth noting that these results were identified in mice consuming just 4.5% of calories from gluten – about the same as found in a normal western diet where gluten consumption is typically 10-40 g per day.

[For the maths nerds: being a protein, gluten provides roughly 4 calories (4 kCal) per gram. 4.5% of a typical 2000 calorie human diet is about 90 kCal, which equates to 22.5 g gluten per day – just below the middle of the normal gluten consumption range].

So when Davis says that wheat gluten causes obesity and inflammation, don’t let anyone tell you there is no evidence.

Having co-opted Steinbeck’s classic for my introductory image “Of (fat) Mice and Men” I’ll finish with some bastardised quotes from his work, which are surprisingly fitting…

“Trouble with mice is you always kill ’em. (Then examine their adipose tissue)”
― John Steinbeck, Of Fat Mice and Men

“We could live offa the (gluten-free) fatta the lan’.”
― John Steinbeck, Of Fat Mice and Men

“(Gluten) don’t need no sense to be a nice fella. Seems to me sometimes it jus’ works the other way around. Take a real smart guy (like Gluten) and he ain’t hardly ever a nice fella.”
― John Steinbeck, Of Fat Mice and Men

“His ear heard more than what was said to him, and his slow speech had overtones not of thought, but of understanding beyond thought. ‘Jeeze.. ya mean it’ was tha gluten all ‘long?…”
― John Steinbeck, Of Fat Mice and Men

Based on some of the comments (see below) I felt it would be helpful to provide some more details from the paper. In the comments, I stated that the mice were over-fed, i.e. forced to be obese. In fact mice were free to eat as much as they wanted. Those on the standard chow diet (CD) gained normal weight, as illustrated by the lower two lines of this graph from the paper.

A ‘high fat’ rodent diet is actually high fat and sugar – a particularly yummy mix that mice cannot stop eating, hence it is classed as ‘obesogenic’. Fed this diet, the mice’s body weight skyrocketed, as illustrated by the top two lines (HFD).

The interesting point is the clear increase in weight gain (dark lines CD-G and HFD-G) when gluten was included. This occurred in both diets. The implication is, therefore, that the presence of gluten increased weight gain whether the mice were over-fed or not.

This graph shows the energy intake of each group of mice:

The presence of gluten in the diets (CD-g and HFD-G) didn’t make the mice eat more, so the additional weight gain was not due to additional calories consumed, but rather to down regulation of the basal metabolic rate. The authors conclude:

Despite having had the same energy intake, weight gain was approximately 20% higher in mice fed gluten-enriched diets compared to the respective gluten-free groups. Adipose tissue depots were increased by approximately 30% in CD-G and HFD-G groups. No other controlled studies using animal models or clinical trials have evaluated the obesogenic effects of gluten intake.

Our study supports the hypothesis that gluten intake (4.5% of diet) can contribute to an acceleration of body weight gain that results from a reduction in energetic expenditure. The present results open a field of study that will help us to understand the association between gluten or gluten peptides and fat metabolism.
We conclude that gluten or its peptides could reach extra-intestinal organs, such as liver and [visceral adipose tissue], supporting a direct effect on those sites. Moreover, the inclusion of wheat gluten in isocaloric diets decreases thermogenesis, browning and energy expenditure, and accelerates weight gain and adiposity in CD-G and, mainly, in HFD-G mice.

12 thoughts on “More Evidence William Davis Was Right: Wheat Does Increase Obesity According to New Study”

The chemical warfare on your plate