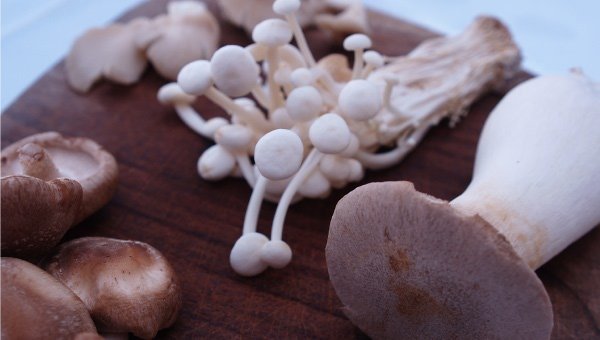 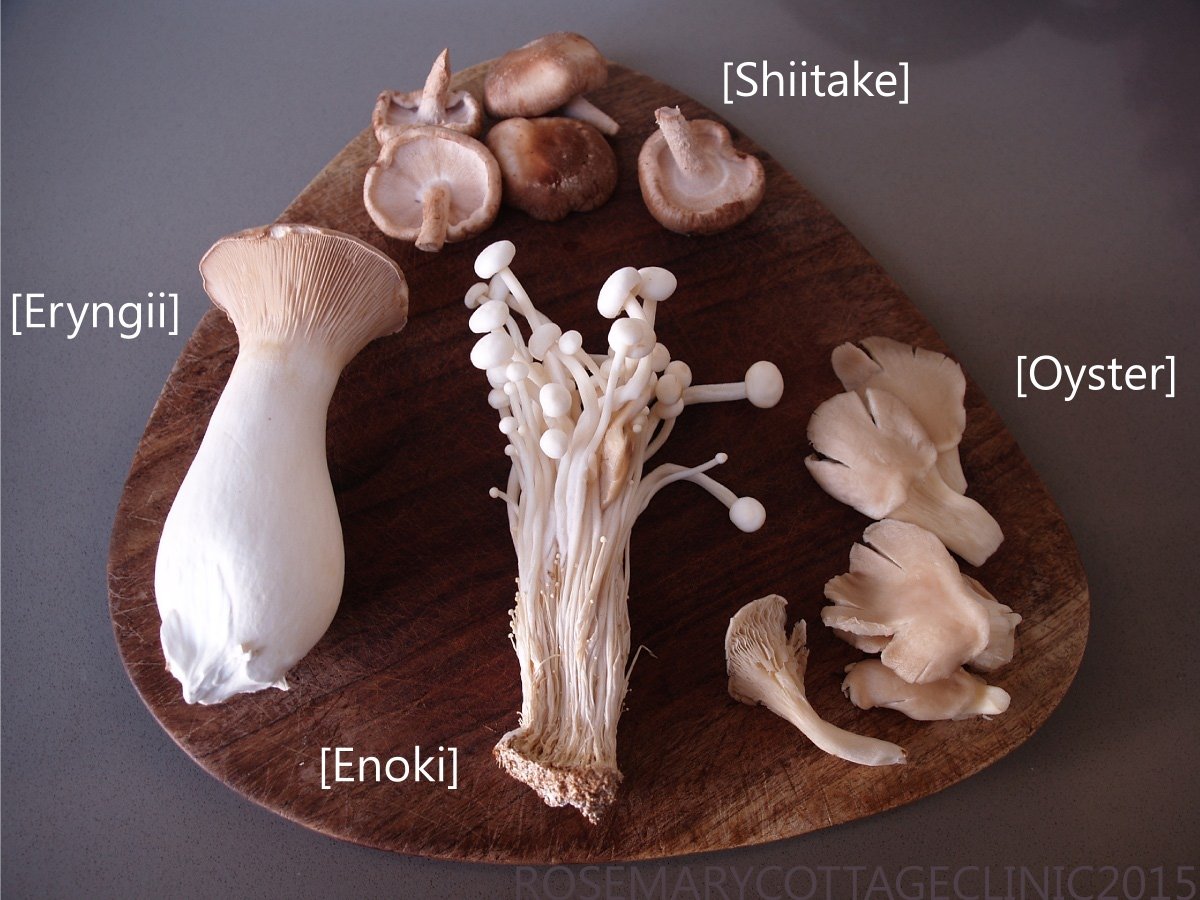 On a diet that excludes or restricts food groups, whether by cutting out grains or dairy, or going low-carb, it is important to extend dietary variety in other areas. Partly this is to maximise the range of nutrients ingested – for example, many hunter-gatherers eat a far wider range of foods (animal and plant) than we Westerners do, and may gain health benefits simply from that diversity. In one study, an Amazonian tribe were found to eat 80 different plant foods [ref] – but equally, increasing culinary variety can make it easier to stick to a new diet that may initially feel limiting.

Always on the lookout for opportunities to extend my own food repertoire I recently tried some UK grown Livesey exotic mushrooms. They are available in various packs from major supermarkets, but Sainsbury’s seems to have the best priced selection pack at present*.

I was initially drawn to these mushrooms by their striking appearance, but was a little hesitant as I was unfamiliar with their flavour.

Although the contents of these variety packs vary, mine included shiitake, enoki, eryngii and oyster mushrooms. They certainly looked interesting and to start with I simply fried them (all except the chunky eryngii) in a little butter with a bit of salt and pepper, and served them with our evening meal.

The shittake and oyster mushrooms were not new to me, and I have to say, that although they are pleasant enough, they don’t stand out sufficiently to make me want to purchase them regularly. Oyster mushrooms are mild flavoured and somewhat soft, whereas the the shittake have a slightly more meaty flavour and bite. But to my palate ordinary white or brown mushrooms have a better texture.

The enoki were far more interesting visually (see photo at top), and although they lose some of their structure as they are cooked they should be considered for the texture they could impart to a dish – imagine them in a stir fry, omelette or salad for example. I thought they had an earthy flavour – not strong, but distinct – that combined with a slightly (umm, ‘slimy’ might be overdoing it) moist texture, might make them something of an acquired taste.

A few days later I tackled the Eryngii. Although my variety pack only contained a single specimen, it was bigger, heavier and denser than all the others put together. It also remained in perfect condition in the fridge. I cut it into thick (1.5cm) slices and fried it in butter. After the so-so results of the other three varieties I was more curious than excited, but wow! it was really good! It actually deserves the epithet ‘meaty’ so often used to express the umami flavour associated with ‘shrooms… I want more of this one! 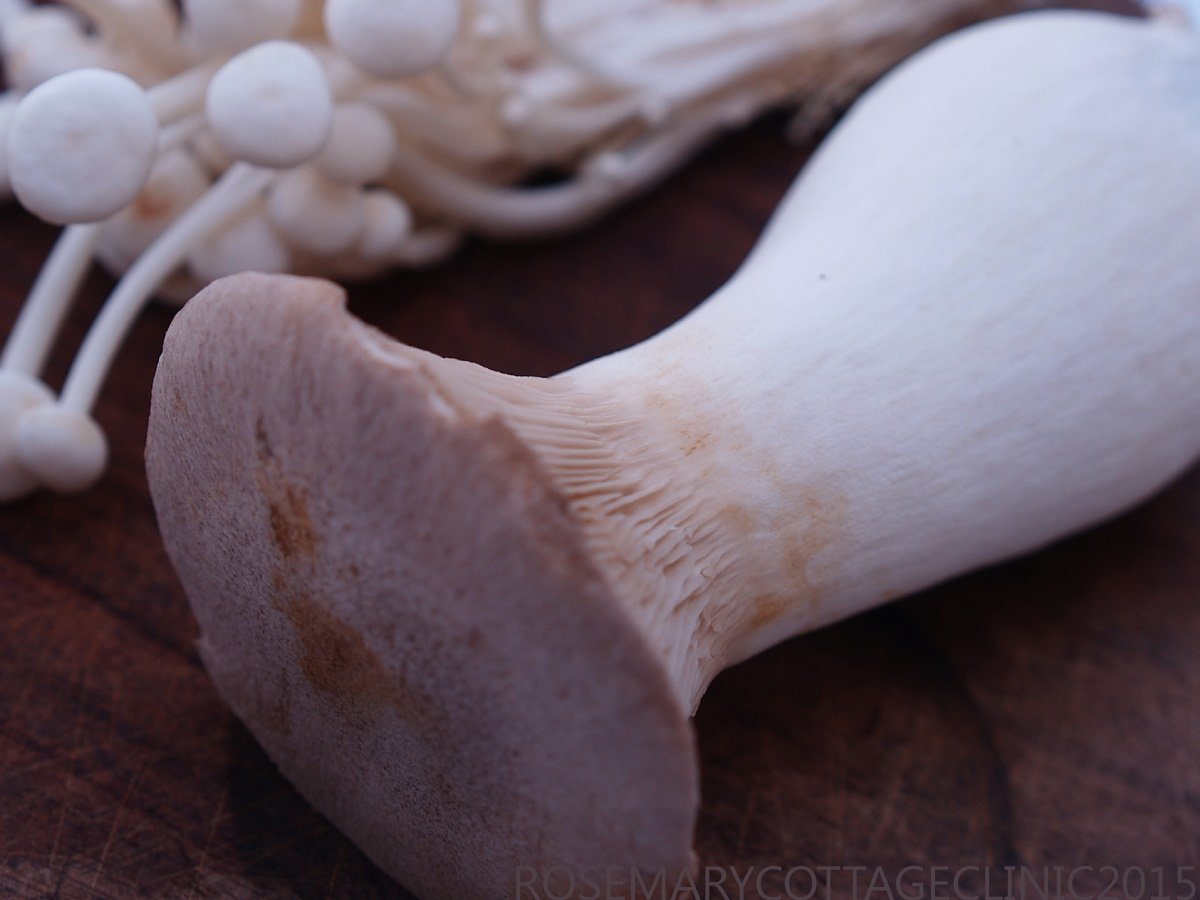 After a bit of research I learned that this bulbous Eryngii (properly Pleurotus eryngii) is native to Mediterranean regions of Europe, the Middle East, and North Africa. This well-kept culinary secret is also known as the French horn mushroom, boletus of the steppes, trumpet royale and king oyster mushroom. The latter name referring, rather more accurately than for common oyster mushrooms, to its shell-fish like flavour. Some say it tastes of abalone, which I have never eaten, but can now imagine!

From my mixed pack, the eryngii was the stand-out success, and the one I will look out for in future. Unfortunately, it doesn’t seem to be available to buy on its own, so I will have to get another mixed pack. If you get a chance to try it I would definitely recommend it!

BTW it has a load of immune boosting properties too… but I didn’t want to get into that. Eating a rich and varied diet of real foods doesn’t always need justifying on the basis of nutrient content!

2 thoughts on “Adventures in mushroomland”