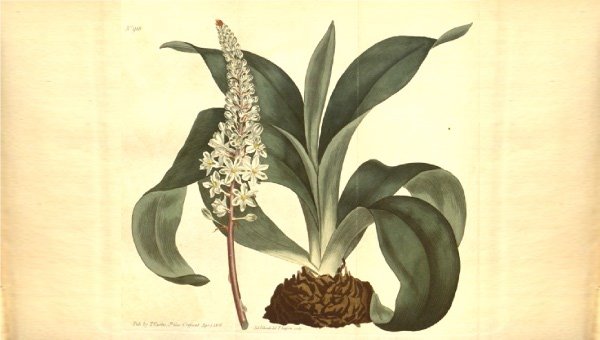 Today was the first of the 2014 WSHOMS Season and I am pleased to say that not only was I present but I also managed to dodge the downpours that occurred throughout the morning.

Dr Cambridge was the speaker for both of today’s lectures. The first was titled: Medical Science and Philanthropy: “Fothergill, Lettsom, Priestley and Their Circle” and the second was called “Scrofula, Gout and Dropsy: Dr Samuel Johnson and His Physicians.” So here goes:

1) “Fothergill, Lettsom, Priestly and Their Circle”

This group of luminaries were significant in their era of 18th Century London when Enlightenment thinking was stimulating the minds and actions of so many.  The three gentlemen that Dr Cambridge was discussing were firmly in the dissenter camp of those times, which produced a great many remarkable people and fuelled lasting social and political movements. Clearly they caught the imagination and provided the motivation for a generation of educated and enquiring people to change their mental and social frameworks. Whether here in England, (where meetings at coffee houses between doctors, political radicals, clergymen, industrialists and instrument makers thrived), or over the channel in France (Priestly was a supporter of the French Revolution and had to escape England when his house was attacked by arsonists who distrusted him) or deep into North America (the Bostonian Ben Franklin was intimately acquainted with these men during his various sojourns in London), these three thinkers amongst many others, helped to shape our history and established organizations that still function today. For example, the Medical Society of London was started by one of their cronies, James Ware (founder of modern ophthalmology), which is still in existence but with a name change to The Royal Society of Medicine, and also the prestigious Huntarian Society, which was so dear to Brian Owen-Smith, in who’s memory today’s meeting was held.

The first of the three, John Fothergill, was a Quaker and a physician. He could, apparently, be reached by post by addressing a letter simply ‘John Fothergill, London’. I wonder if the postman would find me if such a brief hint of its intended destination was written on an envelope. I doubt it, but I guess I could test the local knowledge of my postal district by sending a letter to myself addressed in this way. (We could all try this. Perhaps it would inform us of our true fame, or infamy even.) Forthergill not only tended to the medical needs of John Wesley (founder of Methodism) and Benjamin Franklin (for malaria) but he also developed a famed physic garden in order to share his knowledge of herbal medicine and the skills and craft of apothecaries. Indeed a flowering shrub, fothergilla, was named after him, though it does not, to my knowledge, possess therapeutic properties. He was a great friend of Ben Franklin and supported the American political project which was largely due to Franklin’s indefatigable polymath brilliance. Fothergill is credited with such medical achievements as identifying the nature of trigeminal neuralgia, describing strep throat and making the connection it has with scarlet fever, and, like many doctors in the past and the present, he incidentally poisoned people with the use of the toxic element antimony  in his ‘powders’. Oddly enough antimony is still utilized in medicine, but now mostly to treat leishmaniasis and schistosomiasis, rather than the rather vague applications it, and other noxious substances (like mercury) were put to in Fothergill’s day.

Lettsom, another Quaker, became very wealthy, partly through marriage, partly through hard work as a physician in the Virgin Islands, where he originated. One of the most incredible facts I learned about Lettsom is that not only did he have a twin brother, but his mother had given birth to seven sets of twin boys! I think that must be a record and she deserves some sort of medal, surely! Her one famous son established various institutions including the beautifully named Sea-bathing Infirmary of Margate in 1791. I had never heard of this TB hospital but apparently it was still in existence in living memory, though only the chapel now stands. So intrigued was I about this hospital that I have sought out a really good photo of the place for my readers’ delight. I rather think Bognor Regis should have a whip round and set up a similar Sea-bathing Hospial for the terminally bewildered, with Prof John Richardson as Over Seer In Chief and me as Medical Herbalist and Dietician. That should sort them all out!

Joseph Priestly, scientist, chemist, identifier of the element oxygen no less! (oh, and inventor of soda water!), and friend to the great French chemist Lavoisier, was another of these brave, vociferous, revolutionary thinkers, who simply refused to stifle their freedom-loving intellects. This brilliant man really shook up religious structures in his fearless critique of the many accepted teachings, causing great discomfort to the simple believers and the comfortable Church hierarchy alike, and in the process influenced many to think again, more logically, about such troublesome concepts as the Trinity for example. And yet he could also turn his mind to more prosaic subjects, such as ‘The Medicinal Uses of Tea’. Some of you will know that I, a practicing Medical Herbalist for over twenty years, have long proposed Tea as the most commonly used medicinal herb of all, and will know for yourselves just how gently effective are the restorative powers of this oft overlooked herb.

2) “Scrofula, Gout and Dropsy: Dr Samuel Johnson and his Physicians”.

The second lecture of today was dedicated to Samual Johnson himself, that outstanding man of letters who wrote the first English Dictionary. We heard not about Johnson’s works but of the challenging medical conditions that he suffered on and off throughout his life. From the outset there were difficulties, including being born to parents who were not young (dad 50 and mum 40) and he was not expected to live, being born weak and feeble, but he rallied. Unfortunately he contracted scrofula at two years of age, which is usually caused by tuberculosis (in the lymph nodes), and I initially assumed he picked this up from his wet nurse, but, having looked up this method of transmission, the American CDC assures me that this does not happen, so he must have got it through a different mechanism. In that era the Monach was assumed to have magic powers of healing this particular affliction (The King’s Evil) and baby Sam was taken to Queen Anne in 1712 for her Royal Touch and he was given a coin by her to wear always, but sadly it was to no avail. The tubercular glands were eventually surgically excised, leaving him scarred for life. (Presumably they tried a little antimony on it first, just that part of the story is not told)

Even with such a tough start in life he grew to be a tall man at 6 foot, and was sporty and active, but after a year at Oxford University his father’s money ran out and he had to curtail his student life and go home to Litchfield, where he sank into a deep depression. He adopted the habit of taking long walks to Birmingham and back (a 30 mile round trip) much as Dickens did, to clear his mind and feel better, but serious melancholia haunted him throughout his life. Along with this he developed a range of neurological quirks that persisted throughout his life, and included patterns suggestive of OCD and Tourette’s syndrome, which must have alarmed some of his many distinguished friends on first meeting. Apparently he clucked and chucked with his tongue and made squeeking sounds and whistles, and loud blowing noises after excited conversations, and he had strange hand gesticulations and awkward postures too. It must have been rather unnerving to have him in the room, and he was mistaken for an imbecile that had been taken in, on at least one occasion. Oops!

At the age of 73, with his health generally poor struggling as he was with breathlessness and dropsy (i.e. heart failure), and gout he suffered a stroke, probably in a specific area of the frontal cortex that is responsible for language (Broca’s area) as he was unable to speak or write properly for some weeks, though there was no muscle paralysis or mental fog, which apparently gave him comfort.

He made a good recovery from the stroke, aided by the herb squill (Urginea maritime) which contains cardiac glycosides. These compounds slow the pace and increase the efficiency of each beat of the heart. It is a diuretic too, thus enabling relief from the oedematous lungs and ascites (abdominal fluid retention) which was also drained off mechanically. Squill was often used alongside foxglove leaf (Digitalis purpura or lanata) – from which the drug digoxin is derived – in the treatment of heart failure. Current Medical Herbalists, like myself, prefer to use lily of the valley (Convalleria majalis), with or without squill, for this purpose as the therapeutic dose is not so close to the toxic dose, and there is no cumulative toxicity risk from this gentler, yet no less effective medicine, making it a far safer medicine than foxglove ever was. In fact it is probable that Sam Johnson died after taking too high a dose of Digitalis given to him by the famous physician William Heberden, (he of the eponymous arthritic nodes, and he died on Dec 13th 1784, at the age of 75. Johnson’s death stimulated interest in how to get the dose of Digitalis right and one William Withering, another Staffordshire man, published a significant work just 10 months after this notable death, enabling a far more nuanced use of foxglove, an effective yet toxic herb.

It should be noted that Johnson had tried all sorts of other somewhat heroic means to improve his health including electricity, lancing and bleeding, and the rather worrying scarification approach, which sounds to me to be one of the crazier ideas of the past. I wonder what proportion of people developed bacterial infections following such ‘treatment’, or just wished they hadn’t as it must have been rather painful to say the least.

On his autopsy a large gall stone (the size of a pigeon’s egg) was found along with hydatids of testes, by which I think testicular cancer is to be interpreted. He was buried in Westminster Abbey and continues to be celebrated for his immensely influential works of literature, not least about the physicians of his era and of earlier times and how medicine, for all the endeavors and good intentions of its practitioners, cannot be considered complete.


I wish I had witnessed the walk of our speaker Dr Nicholas Cambridge and his friend Professor Peter Martin who walked from Litchfield to London (17 Gough Square, where Johnson lived for thirteen years), re-enacting the walk of Johnson and his friend David Garrick which took place in 1737, to commemorate the birth of this hero of the English language some 300 years earlier.

Here is a BBC report of the event, if you want to read a little more about it: