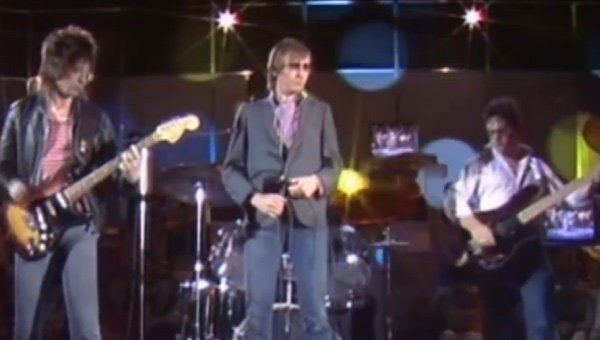 In 1978 when Nick Lowe and John Mayo penned the lyrics to Dr Feelgood’s “Milk & Alcohol” I doubt they had any inkling of the nutritional significance of these two Neolithic beverages, or the dramatic effect that their adoption had on the course of human evolution. Recent research, however, indicates that in some ways they have quite opposite effects on our health…

You may have seen the headline in the papers recently: ‘Drinking four glasses of wine in one night can harm your health says scientists’. which followed the publication of a study [1] which found that a single dose of alcohol – equivalent to about 4 glasses of wine – caused endotoxins in the blood of volunteers to rise significantly, and remain elevated for twenty-four hours.

Endotoxins, such as lipopolysaccaride, are chemicals from gut microbes (primarily pathogenic gram negative bacteria) which cause an inflammatory immune response if they breach the gut wall and get into the blood stream.

This study extends previous work showing that alcohol causes the gut lining to become more permeable (aka leaky gut), allowing immunogenic components to enter the blood stream and provoke an inflammatory response. In the authors words:

The mechanism of alcohol-induced gut barrier dysfunction is likely multifactorial. Decrease in tight junction proteins, occludin and zonulin-1 were found after chronic alcohol use. [1]

What this study showed is that a single episode of ‘binge drinking’ could lead to the same effects seen in chronic alcoholic abuse, albeit for ‘just’ twenty four hours. They warn this could have adverse health consequences.

So if four glasses of wine can cause an acute sustained leaky gut, for practically a whole day in healthy young people, what’s to betting that a more civilised glass of wine every night doesn’t lead to long term, low levels of intestinal permeability?

In many of these diseases it is not clear if the gut barrier dysfunction is the cause or an effect of the disease, but either way, you are going to stay healthier if you maintain a non-leaky gut.

A leading theory of how autoimmune diseases develop identifies a leaky gut as a necessary pre-condition. Once a gut becomes leaky intact food proteins can pass between the cells of the gut lining(enterocytes) into the blood without being fully digested. These then activate the immune system which identifies them as foreign invaders, creating antibodies to them. Heightened inflammation is a hallmark of this process. However, because some foods such as grains and milk contain peptide sequences that are similar or even identical to certain human tissues, the immune system ends up attacking those tissues. This is explained in a review article published by Nature:

One major hypothesis explaining how infectious components can cause autoimmune reactions is based on the concept of crossreactivity, also known as ‘‘molecular mimicry’’,the similarity between the epitopes of autoantigens and epitopes of harmless environmental antigens.
– Cellular & Molecular Immunology 2011 [6]

If you have leaky gut and are consuming foods that have the potential for cross reactivity, such as grains and possibly milk proteins, then you might well be increasing your risk of an autoimmune disease somewhere down the track.

BTW other tight junction disruptors contributing to leaky gut include aspirin and other NSAIDs,

“They fed him on milk and alcohol”

Of the three Neolithic foods introduced to the human diet 6000 years ago, both alcohol and grains are associated with dysbiosis and diseases linked to leaky gut and endotoxins. So, what about the third neolithic food, milk?

Milk, and especially its live fermented products such as yoghurt, keffir and cheeses, are associated with improved gut function, and a reduction in gut leakieness. Recent studies have found:

Whilst the four studies above are in no way definitive, the sheer weight of evidence pointing towards a protective effect of milk is huge, especially when the probiotic effects of fermented dairy products is included. These effects make sense when you consider the role of milk in infancy: babies are born with a leaky gut and immature immune systems. Colostrum and breast milk, naturally, provide the ideal components to help tight junctions develop, the gut lining to mature and the immune system to be correctly primed. So it should be no surprise to find that milk products can help gut function.

In fact in a recent study researchers found that osteopontin, a compound found in milk and especially colostrum, could actually reverse early alcohol induced liver damage in rats! [11]

So perhaps Dr Feelgood was onto something back in the day with his prescription of milk and alcohol!

So does that mean we can increase our alcohol intake and hope to fix any potential damage by drinking more milk? Umm, No. That’s not the take home message! The prudent approach would be to consume less alcohol and more milk – especially live fermented dairy.