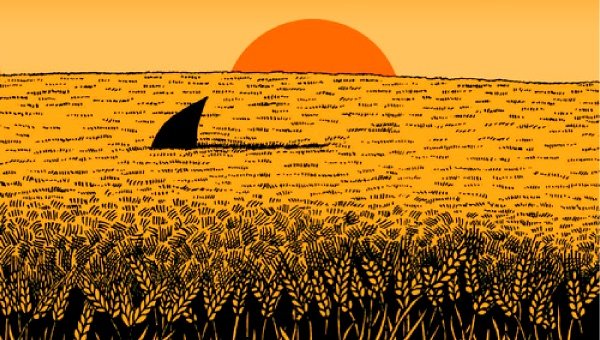 In his New York Times bestseller, Wheat Belly, cardiologist William Davies claimed that wheat is the primary driver of obesity, heart disease and a host of other metabolic and digestive problems. His controversial claim is based largely on his clinical experience, the story of which is truly remarkable: since he started advising his cardiac patients to cut all forms of wheat and wheat products from their diets, he has not had a single patient suffer a heart attack!

Critics of Davis’ anti-wheat stance, suggest that any benefits from a wheat-free diet are simply those associated with a low-carb diet, and that outside coeliac disease, wheat itself is no more problematic than any other carbohydrate. Controversially, Davies claims that wheat has been altered through centuries of selective breeding, such that modern wheat varieties are now effectively ‘toxic’ to humans. This has brought ridicule from many scientists as conventional plant breeding is assumed to be entirely safe, and critics point out that selective breeding has been going on since the dawn of agriculture.

Amazingly, a study published this month in the British Journal of Nutrition has put Davis’ theory to the test, by giving twenty sufferers of irritable bowel syndrome (IBS) either modern wheat products (bread, pasta, biscuits and crackers etc) or identical products made from an ancient variety. The results were clear-cut: whilst on the modern wheat diet no improvement in symptoms occurred, but participants on the ancient-wheat diet experienced a very significant decrease in symptoms, including less abdominal pain, distension, bloating, tiredness and improved quality of life. Also, at the end of the ancient wheat diet, but not the modern wheat diet, multiple markers of inflammation were reduced, including vascular endothelial growth factor – implicated in cancer, rheumatoid arthritis and diabetic retinopathy.

The strengths of this study were that it was a randomised, double-blind crossover trial – the gold standard when trying to identify cause, not just correlation. Also, the differences in subjective assessment of symptoms between the two dietary phases were very distinct, ranging from P<.004 to P<.0001. i.e. the probability of these results being due random chance is as small as one in ten thousand! (Drug efficacy only needs a P<.05 – which is just one in twenty)