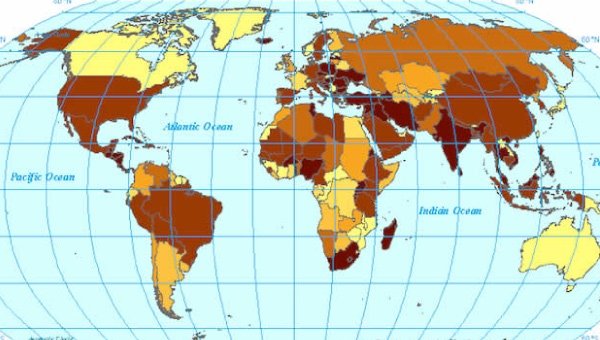 The Telegraph has published a report about research from the University of Colorado showing that the soil microbes across agricultural land in the USA have been decimated compared to samples taken from remaining fragments of ancient prairie grassland.

Living soil is not a lifeless growing medium, but a thriving community of bacteria, protists, viruses, fungi and arthropods that form symbiotic webs with each other and the roots of plants that grow there.

Our local Organic Farm at Goodwood appreciates this as their beautiful logo shows: there is as much going on below the soil as above. (click on it to see it in its full splendour)

These soil denizens cycle nutrients, release minerals and stabilise soil. At least they do, if you don’t plough up their habitat and unbalance their communities with fertilisers!

Only recently have scientists begun to realise the significance of this microbiome for the long-term fertility of the soil. The Telegraph article does not pull its punches:

[academics] … fear that we are repeating the mistakes of   past civilisations, over-exploiting the land until it goes beyond the point of no return, and leads to a vicious circle of famine, and then social disintegration.

The report “Dust to Dust” argues that the erosion of soil fertility has been masked by a “soup of nutrients” – artificial fertilisers and pesticides – poured over crop lands, giving us a false sense of security. It said 1% of global land is being degraded each year, defined as a 70% loss of the top soil. That 70% loss of top soil was not made over night. It took millions of years to form. We worry about using up irreplaceable fossil-fuels, but this is ‘fossil-soil’ drawdown (to borrow a phrase from Leirre Keith who spoke about this very subject in our Autumn Seminar “The Grass Fed Meat Revolution”- we will publish a video of her talk on this blog soon. Leirre showed images of the Great Dust Bowl of the 1920s along with recent satellite images of dust storms blowing topsoil from China to the USA). As trees are felled and land falls under the plough the soil loses the diversity of microbes. Bare soil, exposed to UV, wind and rain first loses its structure, then its life, then the dusty husk is eroded. Washed into rivers and blown away. The dark areas on the map below show where the damage is worst:

How much of this damage can we lay at the foot of agriculture? Consider the following table, which demonstrates our terrible dependence on cereal grains:

Incredible then that wheat and other grains, which make up 70% of the world’s agricultural output, are responsible for destroying the health of the planet and its people!

Furthermore, by enabling us to feed so many people and fuel the population explosion, wheat may contribute to the destruction of our civilisation, as it has allowed us to overshoot the Earth’s carrying capacity. The title of Loren Cordain’s 1999 paper says it all: Cereal Grains: Humanities Double Edged Sword

So what can be done? The Telegraph article failed to offer any solutions, but solutions do exist. We need to wean ourselves off grains and return to permanent pasture livestock systems. Yes, despite its bad press, responsible animal husbandry might well be the only solution. Soil needs a permanent covering of vegetation to avoid the ravages of sunlight and weathering. It needs a variety of plant root structures to bind soil, bring up minerals and water, and provide photosynthetic products for the myriads of soil microbes. And it needs herbivores, moving herds, to browse, defecate, spread and cycle nutrients.

The good news is that such systems are being successfully trialed, practised, refined and promoted around the world, such as Joel Salatin’s polyface farm, Graham Harvey’s Pasture Promise and Charlie Burrell’s Knepp rewilding project.

By far and away the most impressive examples of using large herds of herbivores to restore some of the world’s most degraded lands are demonstrated by Alan Savory’s methods which promise not only to re-green the deserts and provide food from land considered beyond redemption, but also to reverse climate change! His story truly is one of hope.

What all of these systems have in common is that they primarily produce animal products from the land, not grains – although Sylvopastoral systems combine permanent crops such as nut and fruit trees with livestock to great effect. Remarkably, these pioneering permaculture systems often produce more food per acre than traditional livestock systems, whilst increasing soil fertility and enhancing biodiversity.Such systems are the only hope for a sustainable food production. Your food choices count, for the health of your biome as well as that of the planet’s soils.

Look at the image above. It’s from Three Harbours Beef – cattle raised on salt marshes. Look at the biodiversity: trees, shrubs, perennial herbs, homes and food for wildlife alongside food for humans. Could this be bettered? Could it be improved? The cows actually help increase biodiversity and are an integral part of the habitat preservation. Isn’t this how we want all our food to be produced?