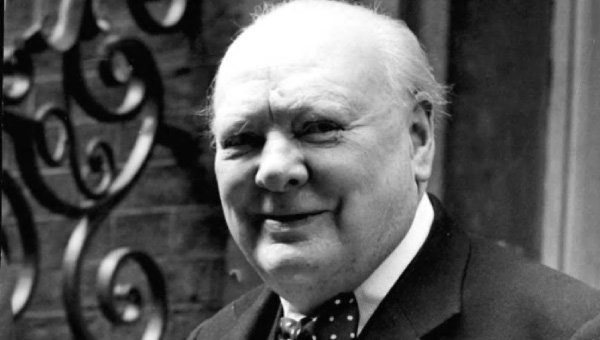 I don’t think I can do justice to this subject as it was pretty traumatic to be part of the audience for this intimately informed lecture. Colonel Williams has my sincere respect for his endeavours toward putting right all those desperately terrible wounds he has worked on, all those beautiful faces upon which havoc has been wrought by metal flung by fire.

Colonel Williams began his lecture with some of the historic background of the political causes of the First World War, and how come we ended up with thousands of men in trenches across France, putting up with the hellish conditions that rent a psychological gash through the people of England, and probably all Europe and beyond. He didn’t mention the fact that WW1 was all about oil (well I never!) which is why the first battalion that Britain sent anywhere in that war was to Basra, Iraq, no less. I recommend watching the funny yet deadly serious version of this aspect of our rarely told history in Robert Newman’s ‘History of Oil’ here in a 45 minute youtube presentation: .

We learned about the various ways missiles of different sorts cause their damage, and whether they are high or low velocity and which injuries are likely to result and why. The fact that facial injuries were so commonly seen in photos of soldiers returning home is due to the fact that the faces of the soldiers were always the most vulnerable parts, and still are today. It is very difficult to devise protection that still permits all the essential senses, which are mostly located in the head, to function fully. We were introduced to the remarkable surgeon Harold Gillies, the New Zealander who developed new techniques in jaw surgery following his training under the dentist Valadier. Amazingly we were shown a painting of a surgical theatre with Gillies and his team, followed by a photo of the same elegantly practical chamber some decades later, looking exactly the same.

The images we were shown of the poor men with parts of their faces missing, and then the same men post surgery were remarkable, but horrible. Whether brought about in WW1 or Helmand Province, the awefulness is the same. Life can never be the same for these individuals, nor their families, and even though brilliant and dedicated surgeons such as Col Williams learn their incredible skills through these men’s tragedies, he was at pains to say that each generation of such surgeons has to learn almost from scratch, as it seems so hard to maintain this level of expertise when not at war. This is because the sort of damage done by blast injuries are unlike those produced through ‘normal’ accidents, such as falls, car crashes and fisticuffs. The term used for this state of affairs was ‘loss of instututional memory’. I guess the only way round this is for professionals such as Michael Williams to write detailed descriptions and directions with copious photographic and video records of each and every case he and his colleagues deals with, enabling someone in 20 years time, for example, to pick up where he left off, and put some unfortunate soul back together.

Lecture 2: Did the President of the Royal College of Physicians help Churchill win the war? by Dr Anthony Eisinger FRCP

This presentation was all about the life and rôles of Dr Charles McMoran Wilson, the First Baron Moran, or Lord Moran as he was more generally known. We learned of the rather remarkable life of this clever, ambitious and influencial man, who was not only one of the founding fathers of the NHS but also a BBC correspondant and one of the witnesses at the Nuremberg Trials, though this aspect of his life was not discussed today.

As Winston Churchill’s private physician he clearly saw many things that others did not, and was privy to some of the thoughts and problems that Churchill worked with that others would not have been aware of, but I saw a funny quote on the Wikipedia page on Lord Moran which was attributed to Churchill’s private secretary, Sir John Colville. He said “Lord Moran was never present when history was made, but he was invited to luncheon afterwards”. This waspish put-down probably came about because patient confidentiality was felt by many to have been broken by Moran when he wrote his book ‘The Struggle For Survival’ about Winston Churchill, and this was an attempt by Colville to water down some of his more disturbing observations, after the fact.

Seeing the famous portrait of Churchill by Graham Sutherland was a highlight of this lecture for me as I had not seen it before. I knew of its existence of course, and that Winston’s wife, Clementine, destroyed it, disliking the final work vehemently. I had no idea any photos of it existed so was very pleased to have the opportunity of gazing on it and remembering the excellent play I heard about the whole story on Radio 4 a year or two ago. I thought it a very fine painting, but I have no interest in whether Chuchill looked old, ill or tired, as she did.

Another gem from this talk was the detail that others may have known but which was news to me, and that is the full name of one of the Mitford sisters, Unity, the one who admired Adolf Hitler. I don’t recall why she was mentioned in this talk in particular but I will never forget her name now as it was quite unexpected: Unity Valkyrie Mitford! Who would call their daughter the name of the female entity that, in a battle, decides which soldiers will die and go to Valhalla, and which will not? What were her parents thinking?

Lord Moran managed to rub the GP world up the wrong way when he described them as the least able doctors, saying that those more capable became consultants, and he was no fan of women in medicine. But we are all a product of our times, so I don’t hold either of these notions against him too much. The fact that he was at Churchill’s side, or near it – at luncheon anyway – through all sorts of pivotal moments of history, means his publishing of the maligned book was probably a reasonable act for the nation, even if certain personal medical information was divulged which ought not to have been. In Clementine’s place I too would have objected to the publication of such a book, but as a citizen I feel the truths about this historic man wins the day.

How vegetarians bad-mouth themselves!