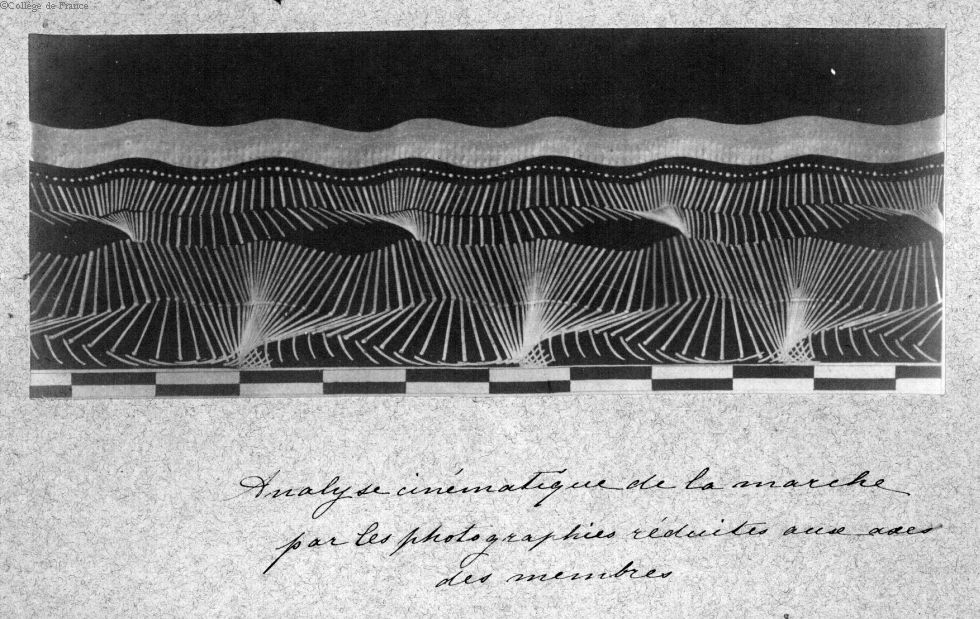 The History of the Study of Human Movement – Mike Whittle

Professor Mike Whittle MB BS BSc MSc PhD gave an interesting lecture on The History of Human Movement, an area of research in which he has been deeply involved. We learned about some of the misconceptions about how humans and animals achieve their various modes of perambulation, and how hard it has been to pin down the many details that are involved. Leonardo da Vinci, of course, applied his genius to the subject and, understanding muscle arrangement as he did, probably had a pretty good idea of the mechanics of walking, and 1682 Borelli was able to show that the centre of gravity played a huge role in the process.

People questioned whether horses passed through a phase, in which all four hooves were off the ground while they galloped, and until Edweard Muybridge (yes, that’s the weird spelling he adopted rather than his original name, plain Edward Muggeridge) 1830 to 1904, arranged twelve cameras and a series of trip wires around a track and proved that indeed horses did have all four feet off the ground when cantering or galloping, showing that our human eyes and brains are simply unable to see this fact.

By proving this on film he won a bet and in the process appears to have invented the multi camera form of photography. Similar to this, and yet different, was the work of Etienne-Jules Marey (also 1830 -1904!) who found a way to capture various movements of an object, animal or person as a single image rather than a series of images as Muybridge had done.

Here is an example of his work which readily demonstrates the adjustment to the centre of gravity that the body makes as it bends.

He also produced chronophotgraphies such as the one below of a man wearing black clothes with white lines stratigically place on them, walking. This is also all in one frame:

This work somehow distills, as an image, the process of walking, which is quite astonishing.

Mike Whittle himself, our speaker, was involved in developing reflective markers which were placed on certain parts of people to identify their specific movements under strobe lighting, at Oxford University. Using this technique he was able to show, for example, that there is a difference in an individual’s gait when they walk on a flat pathway or on a motorised treadmill. I always knew there was a difference, but would not have been able to say in what way.

We heard that gait analysis, though interesting and useful in some circumstances, such as in cerebral palsy, and forensic identification of crime scenes, is very expensive and is therefore hardly ever done these days. However, in the film industry the use of reflective markers on actual actors has been used to produce fine quality computer generated images (CGI) which have great impact, such as in the 2009 block buster film ‘Avatar’. So, where there’s money to spend and money to be made it is still done, but it is too expensive to use as part of a therapeutic process in most cases, as it does not generally diagnose faults but rather examines detail in order to plan treatment. This seemed rather a sad end to the lecture as it was such a fascinating subject, and it has sporned a great deal of skill, industry and artistry. And all about something we mostly take for granted, simply – moving.

The second lecture was something of a surprise: ‘Dracula, Doctors and Diagnosis’ by Fiona Subotsky MA FRCPsych. This lecture was two days before Halloween, so I think we were being reminded of some of the wierd and wonderful concepts that have become part of that annual tradition.

Not being a lover of the horror genre in books or film, or vampires, or anything ‘gothic’ I am probably not the best person to report on such matters, but it seems that Bram Stoker, author of Dracula, based most of his characters on his rather dodgy relatives and friends, many of whom were actual doctors. Indeed one of the characters in the book, a Dr Seward, was named after a real Dr Seward who presided over the real Colney Hatch Asylum, a dread place if ever there was one. The vague medical terms, concepts and attempts to sound knowledgable about matters of health in this tale are, generally, laughable. The pseudo psychiatry that is expressed throughout is also bizarre and, some might say, silly.

Our lecturer, a retired child and adolescent psychiatrist, considered what could be wrong with Dracula. A difficult task indeed! Could he have had clinical lycanthropy (the ability to appear in many forms), or multiple phobias, OCD, or even rabies we wonder (rabies was my idea, not the speaker’s, but I think she said that Dracula was afraid of water, am I right?).

Finding actors to play some of these parts must have posed a challenge. One that fitted the role rather well was Max Shreck, who our lecturer suspects had Marfan’s syndrome (though I think those fingers in the 1922 photo below are prostheses). Klaus Kinsky, known for his extreme volatility and unsavoury nature, certainly looked the part when the director, Werner Hertzog, cast him as Nosferatu in 1977. 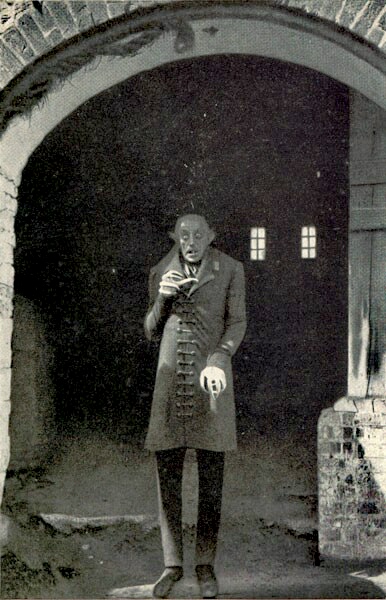 I trust you all had a safe and calm Halloween. I stayed at home but did have one unexpected visitation at my door. A mother and daughter loomed up in the darkness dressed as female versions of dracula. With their long black cloaks, red rouched dresses and spikey upstanding collars, they certainly surprised me! Shockingly though, in my search for some ‘treats’ to put in the waiting basket of the young ‘en, I realised I had none. No sweets, no biscuits, no fruit even (!), so all I could do was reach inside the cupboard by the door where batteries and torches are kept, in case of power failure, where I found a handsome scented candle. This was my Halloween offering, which, actually, seems quite appropriate after all.

The bitter truth is sweeter than we thought

How vegetarians bad-mouth themselves!